On May 17, 1987 the American frigate USS Stark was caught by surprise by the Iraqi Exocet attack, exposing the vulnerability of Navy surface warships to external missile strikes. According to Sputnik contributor Andrei Kots, this problem still remains unresolved.

Exactly 30 years ago, on May 17, 1987, the USS Stark, the 23rd ship of the Oliver Hazard Perry class of guided-missile frigates, was incidentally struck by an Iraqi missile; the strike killed 37 crew members.

"This was the first and only case of the combat use of an anti-ship missile (ASM) against a US Navy ship. The precedent had once again proved that such weapons pose a serious threat even for the most powerful fleet," Sputnik contributor Andrei Kots wrote.

By this time the two countries had already suffered heavy casualties and were lacking in fuel, which precluded the possibility of any major offensive on the part of both rivals.

Kots noted that the deficit had been maintained artificially due to the so-called Tanker War kicked off by Iran and Iraq back in 1984. Since that time the two adversaries had begun to attack tankers of third countries carrying each other's oil.

Predictably, very soon the Tanker War attracted much attention from the international community and, most notably, from the United States.

To tackle the potential energy crisis the Pentagon launched the Operation Earnest Will aimed at protecting Kuwaiti-owned tankers from Iranian attacks.

The USS Stark was dispatched to the region as part of the US' effort. 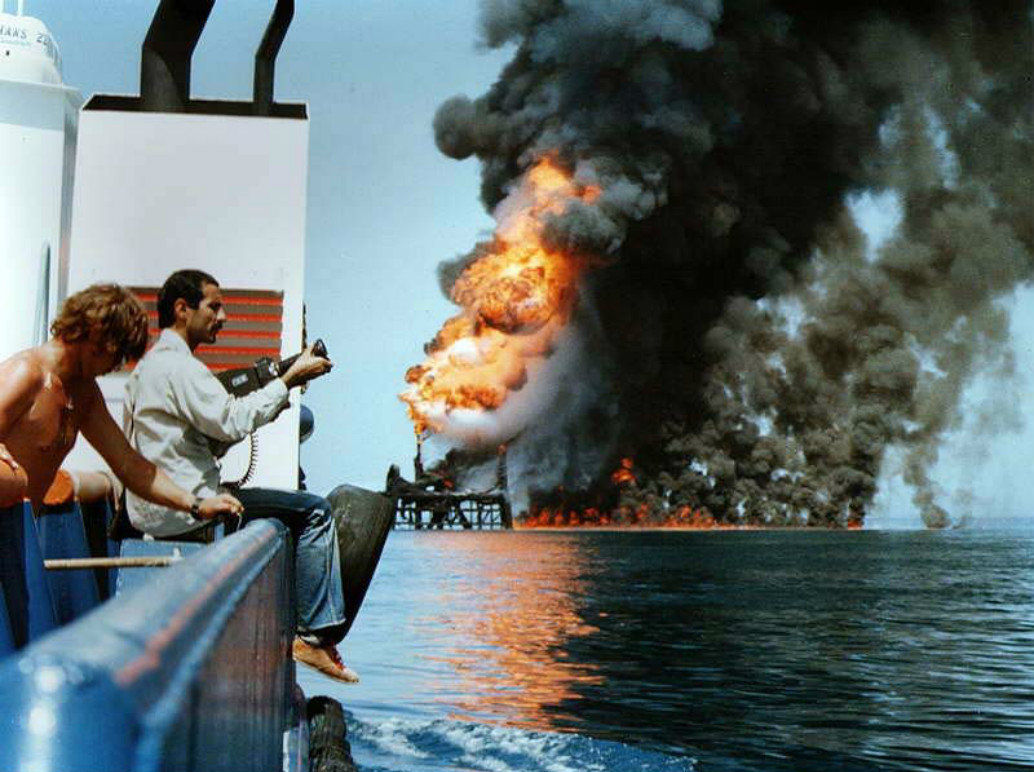 On May 17 the US frigate left Manama port in Bahrain and went along the Saudi Arabian coast, toward the Iran-Iraq War exclusion boundary.

Nothing hinted at any trouble when the USS Stark detected the Iraqi Mirage F-1 warplane approaching the American frigate.

"At 9:05 pm the frigate detected the signals from the Mirage radar system groping for a target. The fighter jet was 27 miles away [from the warship] by that time. The USS Stark had repeatedly tried to contact the aircraft at the frequency for negotiations in international waters, but the pilot didn't respond to the request. At 9:09 pm the USS Stark announced a combat alert while at 9:10 pm the frigate's radio reconnaissance registered the 'seizure' of the warship by [the Iraqi plane's] missile system. Right after that, the Mirage sharply turned to the left and went on the reverse course. A second later, the first Exocet missile hit the US frigate," Kots elaborated, adding that just 15 seconds later the second missile stuck the USS Stark.

"It was the first serious strike on American forces in the Persian Gulf during the war between Iran and Iraq, in which the warring nations have made dozens of attacks against each other's ships and those of third nations," The New York Times wrote on May 18, 1987.

Citing Pentagon spokesman Robert Sims, the media outlet highlighted that the strike "appeared to have been inadvertent.'' 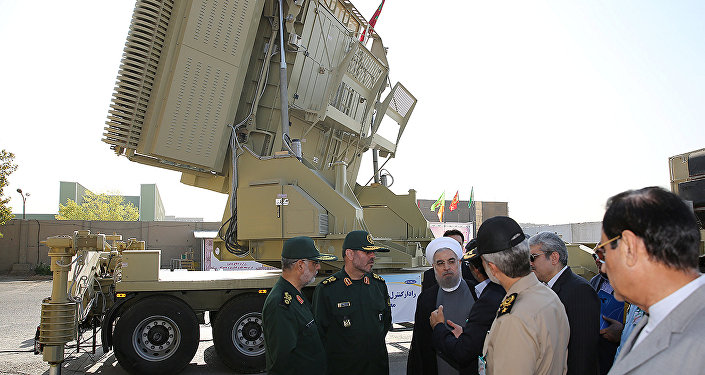 © REUTERS / President.ir
Iran Installs New Missile Defense Systems at Bases Across Country - Reports
Following the attack, Iraq made a general apology for the attack and pledged to launch an investigation into the issue.

For his part, "President Reagan… refused to flinch in the wake of the costly and surprise Iraqi Exocet attack on the USS Stark, insisting that the US remained committed 'to supporting the self-defense of our friends in the Gulf'," the Guardian reported on May 19, 1987.

The incident prompted a lot of speculation in the media, especially over the USS Stark's puzzling incapability of intercepting the missiles and preventing the damage.

"The USS Stark, a 5-year-old Navy frigate crammed with the latest arms designed to destroy attacking aircraft and missiles, inexplicably did nothing Sunday when fired upon by an Iraqi fighter plane," Time Magazine reported on May 19, 1987, citing Pentagon officials.

On June 7, 1987, the media outlet revealed that "the USS Stark did not try to warn an Iraqi warplane away until more than a minute after the plane had launched its two deadly missiles against the frigate and was headed home."

However, according to Kots, the crux of the matter was that Navy surface ships remained vulnerable to missile attacks.

"This case had shown that modern surface warships are extremely vulnerable to attacks by virtually any more or less significant combat assets," Captain 1st rank V.P. Kuzin wrote for almanac Taifun in 1997, as quoted by Kots.

The problem still remains unresolved, especially given the fact that modern anti-ship missiles have become more precise, more powerful, and, most importantly, faster, the Sputnik contributor pointed out.

© Sputnik / Ministry of defence of the Russian Federation
Launching Oniks cruise missiles from the Bastion mobile coastal defence missile system at the targets of illegal armed groups in Syria. (A still from the video provided by the Rusian Defense Ministry. Maximum possible resolution).

He called attention to the fact that the Russian Navy regards supersonic ASMs as the "main argument" against a potential adversary's fleet.

"This is understood in the West," Kots remarked, referring to the fact that the US and EU mainstream media name the Russian-made  P-800 Oniks, P-700 Granit supersonic cruise missiles as well as Zircon hypersonic missiles as the major challenge to NATO member states' fleets.

"It is very difficult to fight the anti-ship missile P-800 Oniks, because it is capable of flying to the ship at a very low altitude and a speed that is twice the speed of sound," military expert Mikhail Khodarenok told Radio Sputnik, commenting on the issue.

Khodarenok added that as of yet there is no weapon capable of intercepting the Zircon hypersonic missile being developed by the Russian military.

Pentagon Signs Deal With UAE on US Military Presence in Country

The Pentagon Wants to Train Robots to Hunt Daesh

At 25, 'Russian NATO' is a Force to Be Reckoned With