Donald Trump's decision to fire FBI Director Comey was a step in the right direction, Wall Street analyst and investigative journalist Charles Ortel told Sputnik. Ortel believes that Comey has a series of conflicts that had prevented him from "uncovering the truth."

While FBI Director James Comey's resignation has seemingly come as a bolt from the blue for Americans on both sides of the political spectrum, it has not caught US investigative journalist and Wall Street analyst Charles Ortel by surprise: it was he who told Sputnik back in March 2017 that "Comey must go."

So, what are potential motives behind Trump's decision to fire James Comey from his job?

"The Federal Bureau of Investigation is America's premier investigative group — its head serves a 10-year term and holds tremendous power," the Wall Street analyst responded. "There should be no question about the impartiality, honesty, and motives of its leader. Now that President Trump has held office for several months, he has had time to install many key appointed officials, and all of them have begun to learn details concerning matters about which they may have had less familiarity prior to 20 January 2017."

"I believe James Comey has a series of conflicts that manifestly have prevented him from uncovering the truth," the investigative journalist told Sputnik.

Did Comey Give a Green Light to Bill Clinton, the Clinton Foundation?

© REUTERS / Brian Snyder
'He Knew Too Much': Who Had Motives for the Firing of FBI Director Comey
The analyst offered to walk down memory lane to the times when Comey served as the US Attorney for the Southern District of New York (January 2002 — December 2003), and subsequently the United States Deputy Attorney General (December 2003 — August 2005).

Comey's tenures coincided with the investigation into the Clinton Foundation and specifically Bill Clinton's pardoning financier Marc Rich, whose ex-wife Denise had made contributions to the Democratic National Committee (DNC) and the entity that would later become Clinton's charity.

"James Comey was a US Attorney centrally involved in this investigation and subsequently in the Justice Department — though he and the FBI and two grand juries held significant advantages, they failed to convict trustees, including then-Chairman of the Democratic Party (now Governor of Virginia Terry McAuliffe) of rampant and obvious charity, bank, mail, and wire fraud that can be seen through the careful review of publicly available documents, [which are] still very much online in many places," Ortel underscored.

"For example, during the key period when the Clinton Foundation raised money for its core authorized activity — a presidential archive based in Little Rock, Arkansas — from 23 October 1997 through 31 December 2004, there has still not been a legally compliant audit of the Clinton Foundation's financial statements, in flagrant violation of numerous laws. This is obvious to anyone with training in finance and a passing familiarity with strict charity laws and regulations," he noted. 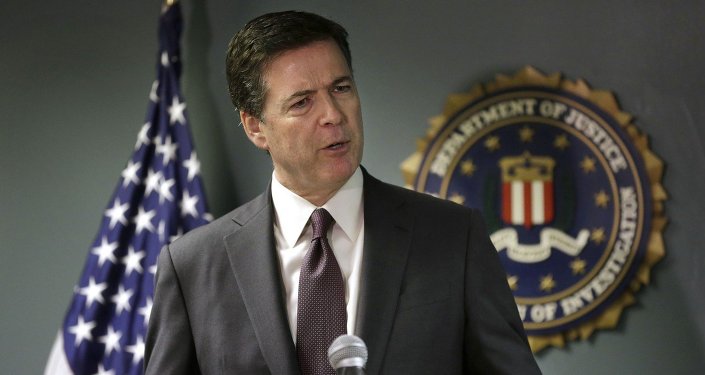 © East News / AP Photo/Steven Senne
Political Nightmare: Trump Opens Pandora's Box by Firing FBI Director Comey
According to Ortel, during this early investigation Comey and his counterparts gave the green light to Bill Clinton, possibly because the Clinton Foundation became more actively involved with George H.W. Bush in the Tsunami relief efforts in Indonesia, Sri Lanka, India and Thailand. They moved on to the Bush-Clinton Katrina Fund and later, to the Clinton-Bush Haiti Fund with George W. Bush.

The Wall Street analyst also recalled that prior to leading the FBI, Comey was appointed to the board of the global banking giant HSBC Bank plc.

"HSBC is one of the several large banks potentially connected to the Clinton Foundation that have been or are under investigation," Ortel noted, referring to the fact that in recent years HSBC has repeatedly found itself in the crosshairs of US prosecutors.

"Over time, James Comey has also held positions of trust with leading elements in what I call the 'Uniparty' — Democrats and Republicans who seem to be in thrall to monied interests in the investment, finance, pharmaceutical, health, defense, and media industries, and their owners," the investigative journalist said.

"In a nutshell, however well-intentioned, a long-dwelling swamp creature cannot drain the swamp," Ortel stressed.

The Time Has Come for a Thorough Housecleaning in Justice Department, FBI, IRS 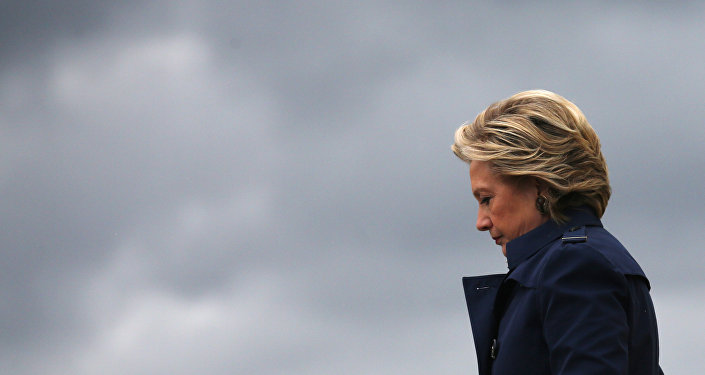 © REUTERS / Carlos Barria
#LockHerUp: Hillary Clinton Gradually Losing Veneer of Being 'Too Big to Jail'
In this context, it is hardly surprising that in July 2016 FBI Director Comey stated to the outrage of the Republicans that "no prosecutor" would bring or win criminal indictments against Hillary Clinton based upon available evidence.

For the last few years Ortel, who exposed General Electric's fraud before its stock crashed in 2008, has been investigating the Clinton Foundation's alleged fraud, committed in the US and across the world.

According to the analyst, the time has come for a thorough housecleaning in the Justice Department, the FBI, and the IRS.

"Ever since election day 2016, I have been waiting for the moment when President Trump would clean out the Justice Department, the FBI, and the IRS so that all of us, inside and outside the US can understand how the 'Uniparty' allowed the Clintons and their allies to run riot around the world using fake charities to entrench political power and garner private gains, illegally," he said.

Ortel pointed out that "the IRS holds enormous power to bring the Clintons, their 'Foundations', their trustees, their Foundation executives, and donors to these entities to heel," given the fact that preliminary analysis indicates that "the Clinton Foundation was not organized lawfully or operated lawfully at any time from October 23, 1997 forward, anywhere."

"In particular, large foundations (including Gates, Johnson, Rockefeller, Alphawood, Children's Investment Fund, and many others) are not allowed to characterize grants as having been made to charities unless these were organized and then operated lawfully at all times," Ortel said.

However, to "drain the swamp" the Trump administration needs really independent, objective and empowered FBI agents, prosecutors, and IRS officials.

As for the Clinton Foundation, should the case lead to criminal prosecutions "it would arm the Trump Administration and other governments with the power to collect many billions of dollars in penalties, fines, and interest against persons and entities that do have the ability to pay these fines," the Wall Street analyst underscored.

Civil War Within US Political Establishment as Trump Fires Comey