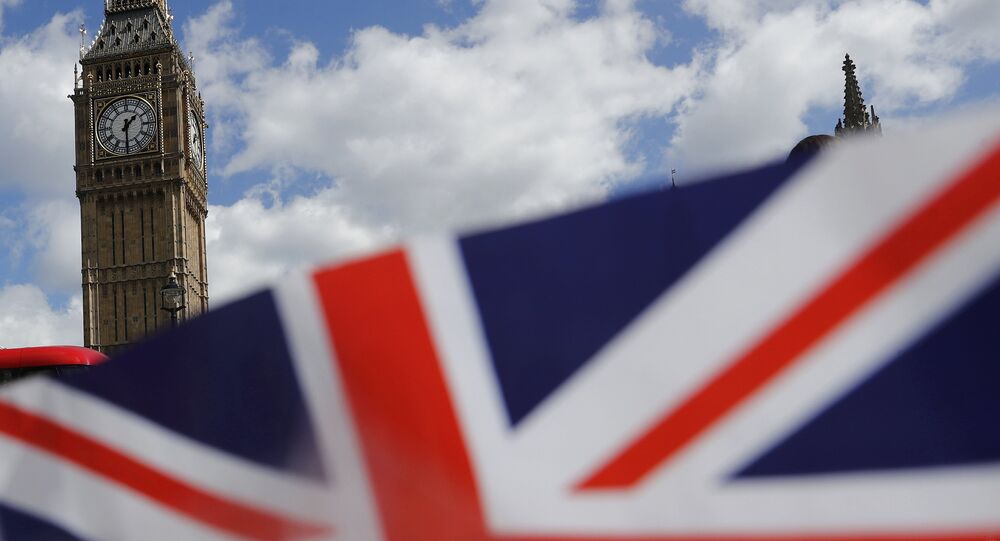 On Tuesday UK Prime Minister Theresa May has triggered a snap general election, to be held on June 8, in the hope it will give her a stronger hand in Brussels and a powerful lead in the UK parliament.

Already, opinion polls have indicated that the Conservative Party (Tories) will either maintain their majority within the Parliament or grow that number. However, it is hard to make predictions when it comes to Northern Ireland and Scotland, where most people voted to remain in the European Union during the 2016 referendum.

Recently the Scottish Parliament voted in favor of requesting a second Scottish independence referendum in light of the Brexit.

May responded by saying it was "not the time" for the second independence referendum.

"Now is not the time". "No one wants it". '"Get on with the day job". All statements that Theresa May must surely now be regretting. 😉 https://t.co/M8TYAXMwWA

Sputnik spoke to Stuart Campbell, founder and editor of the pro-independence media monitoring site Wings over Scotland, about his views on the snap general election.

Mr. Campbell told Sputnik that the PM calling an election is "baffling and confusing."

"It's a really bizarre state of affairs, as I don't understand why Theresa May wants a mandate. Parliament's role in Brexit is over, the bill passing Article 50 was passed and she has everything she needs. I don't really understand what the ostensible justification for this could be," Mr. Campbell told Sputnik.

So which party will lose or benefit most from Theresa May's decision to hold a general election on June 8?

Mr. Campbell believes the Scottish National Party (SNP), which is led by Scotland's First Minister Nicola Sturgeon, will keep their seats in the election.

As for the Tory party, Mr. Campbell is not as hopeful.

"I can't possibly see what Theresa May would gain for doing this, she effectively has a landslide sized majority in the House of Commons, seems to me she has more risk of losing her majority then making it bigger. Even though Labour have lost vote share, they haven't lost that much vote share. Most of the seats that they have are safe seats that the Tories will not come anywhere near," Mr. Campbell told Sputnik.

I welcome this #GeneralElection as an opportunity to form a Labour government that can transform Britain. pic.twitter.com/5PyPEX6CnM

However, one winner could be the Liberal Democrats, who lost a large proportion of their seats back in the 2015 election.

Mr. Campbell believes this is the party to watch out for and that they could indeed get a boost from May's decision to hold an election in June.

"The Liberal Democrats lost about 50 seats in 2015 and a lot of them were Lib-Dem-Tory marginals. There is a good chance of the Liberal Democrats coming back. Brexit has revived them in council elections and by-elections. So you only need to lose a handful of those before the majority is gone. Then to increase the majority you have to pick up a lot of seats from Labour and I don't see any seats where the Tories are close to Labour," Mr. Campbell told Sputnik.

Mr. Campbell believes that with the Scottish independence vote in 2014, general election of 2015, and the EU referendum last year — this latest addition could lead to voter fatigue and is the 'last thing they [voters] wanted to happen.'