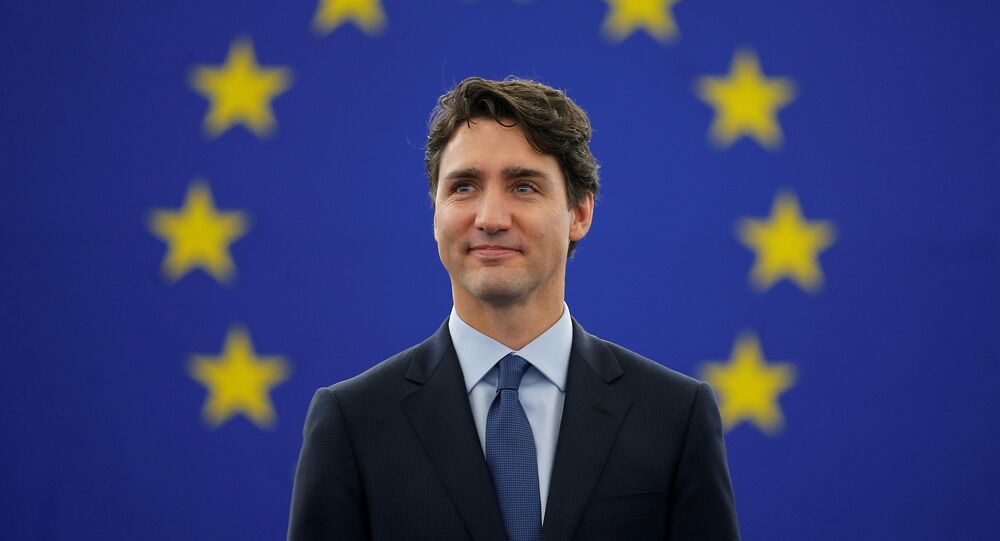 WASHINGTON (Sputnik) — The Canadian government can strengthen sanctions on Russia shall the international community move forward with it, Canadian Prime Minister Justin Trudeau said on Monday.

"On Russia, Canada has stiff sanctions…We are always ready to strengthen those sanctions in concert with the international community," Trudeau stated.

© REUTERS / Sergei Karpukhin
Putin, Rouhani Say 'US Aggression' Against Sovereign Syria 'Inadmissible'
US Ambassador to the United Nations Nikki Haley said Sunday that President Donald Trump is discussing with members of his administration the possibility of introducing sanctions against Russia and Iran for supporting the Syrian government.

In 2014, Canada, along with the United States and other Western nations, imposed sanctions on Russian officials on the pretext of Crimea’s reunification with Moscow and alleged involvement in the Ukrainian conflict.

Moscow has denied any involvement in the Ukrainian conflict and imposed a yearlong ban on food imports from countries that imposed the sanctions. The embargo was later prolonged as sanctions were extended.

"There is no question that medium- and long-term future of a peaceful Syria no longer includes Bashar al-Assad. How we get there in the short-term is exactly what the international community must focus on now because we know there is no purely military solution to moving forward for Syria," Trudeau stated.