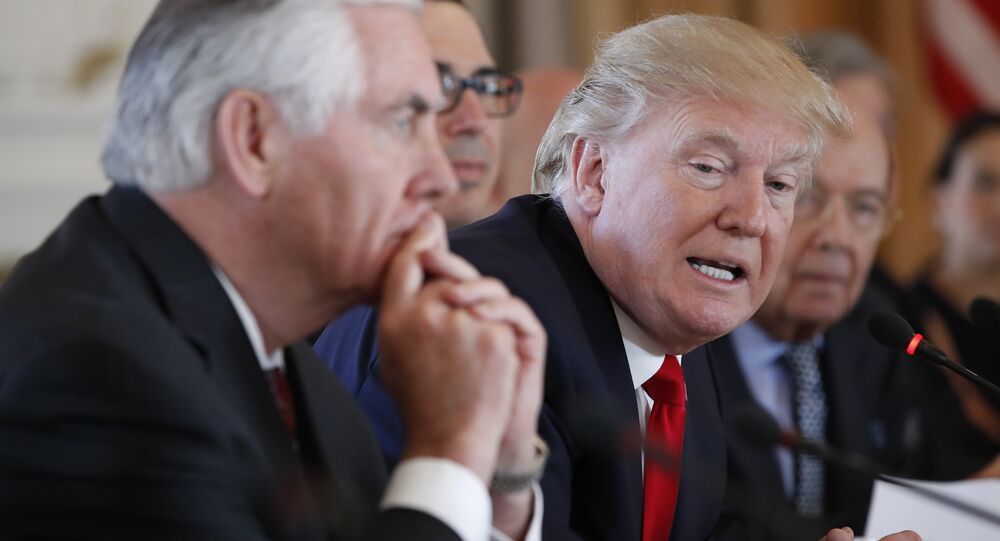 US President Donald Trump and his administration consider the possibility of introducing sanctions against Russia and Iran for supporting the Syrian government, according to US Ambassador to the United Nations Nikki Haley.

© REUTERS / Jonathan Ernst/File Photo
Netanyahu: Russia, US May Cooperate on Liquidating Syria's Chemical Weapons
WASHINGTON (Sputnik) — US President Donald Trump is discussing with members of his administration the possibility of introducing sanctions against Russia and Iran for supporting the Syrian government, US Ambassador to the United Nations Nikki Haley said Sunday.

Haley told CNN in an interview that Trump and his administration were shown classified information proving that Syrian President Bashar Assad had been involved in the alleged chemical attack against civilians in Syria’s Idlib.

© AP Photo / Ford Williams/U.S. Navy
US Had Not Warned Russia Prior to Attack on Syria Through Political Channels
The Syrian foreign minister denied the government’s involvement in the Idlib incident, saying it had never nor would it ever use chemical weapons on either civilians or terrorists operating in the country.

Netanyahu: Russia, US May Cooperate on Liquidating Syria's Chemical Weapons