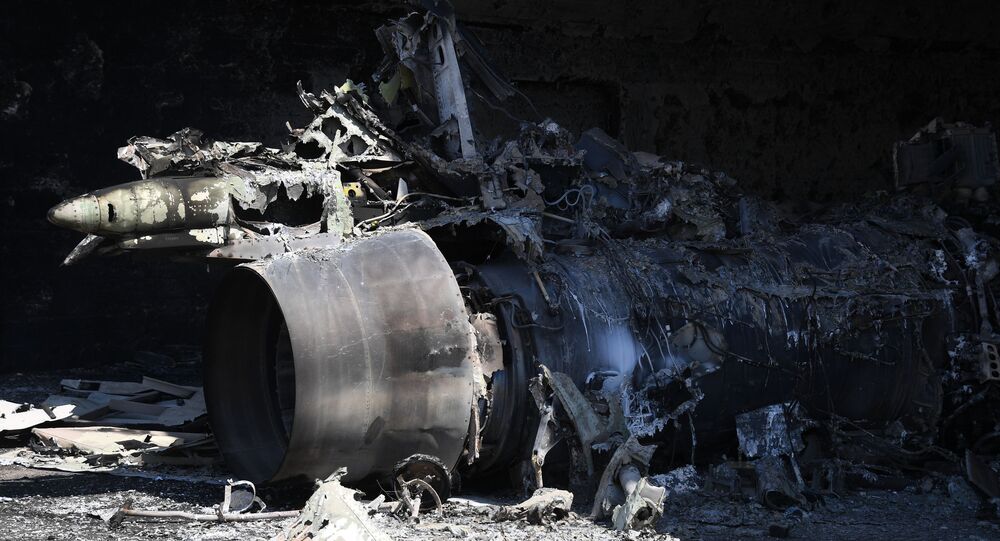 Washington's show of force in Syria highlights its approach to sparking wars, Vietnamese defense analyst Colonel Le The Mau told Sputnik, drawing a parallel between the Pentagon's massive airstrike against Damascus and the Gulf of Tonkin incident which led to the United States' full-scale military involvement in Vietnam.

"The missile attack on an air base in Syria has put a spotlight on the way America's war machine sparks aggressive wars against sovereign states. US authorities have succeeded in using different pretexts to achieve this," he said. "The Vietnamese will never forget the Gulf of Tonkin incident … which the United States used to launch a deadly war that ended for them in defeat."

The Gulf of Tonkin incident and the subsequent Gulf of Tonkin Resolution enabled then President Lyndon B. Johnson to drastically escalate America's military presence in Southeast Asia, sending the US military to fight North Vietnam. The events which took place in August 1964 remain highly disputed, with historian largely doubting that Hanoi attacked the US Armed Forces.

© Photo : An exhibtiion of photos taken during the Vietnam War
From Soviet Archives: Rare Photos of McCain During Vietnam War Revealed
In a comment for Sputnik Vietnam, Colonel Le The Mau mentioned other similar incidents. For instance, in 1999, President Bill Clinton authorized the bombing campaign in Yugoslavia "under a far-fetched pretext of protecting the rights of Kosovo Albanians oppressed by Slobodan Milosevic," the analyst pointed out.

This practice appears to be particularly widespread in the 21 century.

"In 2001, President George W. Bush launched a war in Afghanistan to 'fight terrorism.' In 2003, he carried out a military intervention in Iraq under the non-existent pretext of Baghdad storing chemical weapons. In 2011, Nobel Peace Prize winner Barack Obama started a war in Libya to 'establish a no-fly zone.' He then got involved in the Syrian conflict 'to fight terrorism.' And now President Donald Trump, who has been in the White House less than three months, has committed aggression against Syria because the Syrian Army has ostensibly 'used chemical weapons against the opposition,'" Colonel Le The Mau said.

© REUTERS / Ammar Abdullah
What US Officials Fail to Mention When Blaming Assad for Idlib Chemical Attack
Earlier this week, the Pentagon carried out a massive airstrike involving 59 Tomahawk cruise missiles targeting the Shayrat air base, operated by the Syrian Arab Army (SAA). The operation was carried out as a response to President Bashar al-Assad using chemical weapons against civilians on the outskirts of Khan Shaykhun, a town in the rebel-held province of Idlib.

"Russian President Vladimir Putin referred to Washington's actions as an aggression against a sovereign state and a violation of international law. I fully agree with this assessment," Colonel Le The Mau said.

'It's No Coincidence': Pentagon Attacks Syria After Bannon's Removal From NSC