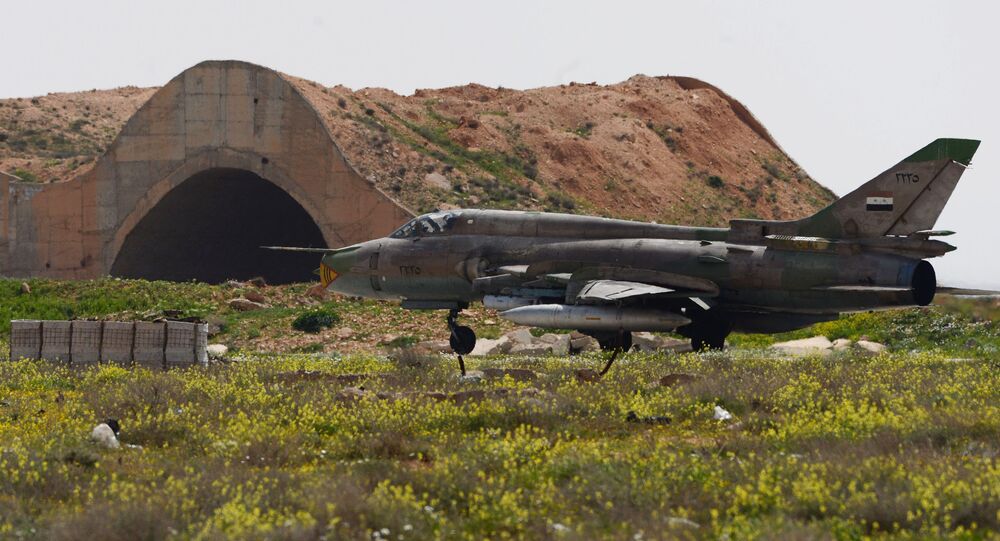 The Pentagon and the US State Department have failed to prove the existence of chemical weapons at the Syrian airfield struck by US cruise missiles, the Russian Defense Ministry said Saturday.

The Russian military said that Moscow believes that sending experts is the only way to obtain evidence of the alleged use to presence of chemical weapons at the Syrian airbase attacked by the US.

"After 24 hours after the US Navy warships launched a massive strike by cruise missile on the Sha'irat [airfield in Syria], neither the Pentagon, nor the US State Department have presented proof of the presence of chemical weapons there," ministry's spokesman Igor Konashenkov said.

Media representatives who visited the base as well haven't found any chemical weapons there, Maj. Gen. Konashenkov added.

"The airfield was visited by dozens of mass media representatives, by the local administration, firefighters, police, not to mention Syrian servicemen. Neither depots, nor ammunition containing chemical weapons have been found at the Sha'irat [airbase]. Everyone who has been at the airfield don't wear gas masks and feel absolutely well."

© REUTERS / Ammar Abdullah
What US Officials Fail to Mention When Blaming Assad for Idlib Chemical Attack
"A question arises: what has again been demostrated to the US president as the alleged proof of the chemical weapons' possesion in a state disliked by Washington and who did it [presented the "evidence]?"

"Thus, the only way to receive objective evidence of the alleged possession of chemical weapons at the Sha'irat and demonstrate it to the world is to sent there a commission of experts," he said.

He added that the same thing was done in the Syrian city of Aleppo by Russian specialists after militants had used chemical weapons.

"Any specialist of the reliable — even for the US — Organisation for the Prohibition of Chemical Weapons (OPCW) knows that the precursors left from the combat poisonous substances cannot be hidden even after months and years after they had been stored [in a place]."

© AFP 2021 / LOUAI BESHARA
US State Senator Says 'Zero Probability' Assad Government Launched Gas Attack
On Thursday night, the United States launched 59 Tomahawk cruise missiles at the Syrian military airfield in Ash Sha’irat, located about 25 miles from the city of Homs. Trump said the attack was a response to the alleged chemical weapon use in Syria's Idlib on Tuesday, which Washington blames on the Syrian government.