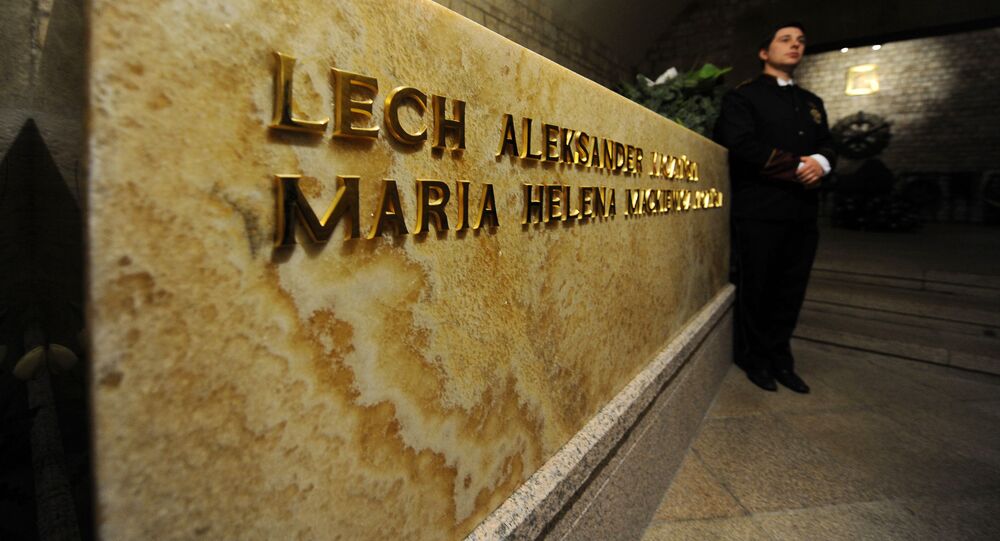 A new theory regarding the crash of the Tu-154 carrying former Polish President Lech Kaczynski and his entourage to Russia resembles little more than another attempt to prolong political games involving the 2010 tragedy, Russian academic Yury Borisenok told Radio Sputnik.

"The Polish government's representatives from the Law and Justice party have come up with some sort of 'truth', which they are trying to 'unveil' with very mixed success," Borisenok said.

The Russian academic highlighted that the recent statement issued by the Polish prosecutor's office shows that the party's earlier version of the explosion on board the Tu-154 has never held water.

"Therefore, an idea arises to extend the investigation…  At the root of the new version lay the desire to prolong political games around the Tu-154 [crash]," Borisenok believes.

© Sputnik / Oleg Mineev
Polish Parliament’s Group Demands Explanation on Deletion of Tu-154 Crash Report
He called attention to the fact that what Polish prosecutors have come up with couldn't be called "proven charges." It's all about the justification of the new investigation that will either prove or deny the allegations.

"Polish prosecutors are confident that they will cooperate with the Russian Federation, because otherwise they will not be able to prove anything," Borisenok emphasized, "Therefore it seems to me that it is all about Warsaw's desire to straighten out this dubious pleasure from the political games surrounding the Tu-154 plane."

"This is Jaroslaw Kaczynski and his party's traditional rhetoric, this is their 'favorite song'," Novikov commented on the matter in an interview with Radio Sputnik.

However, according to the Russian political scientist, the other side of this coin is that Warsaw is still in denial refusing to admit that it was the "voluntaristic" behavior of then-President Lech Kaczynski that could have led to the tragedy.

"There is evidence confirming that then Polish president Lech Kaczynski's voluntaristic position led to the crash of the aircraft: he demanded a landing in Smolensk while turning a blind eye to the flight conditions. A great number of people who occupied the highest command posts in the Air Force, in the army, and in the government, died with him," Novikov said.

Someone has to bear political responsibility for this, Novikov remarked.

According to investigators, the pilots lacked adequate training for operating in adverse weather conditions, and did not approach the landing field in a safe manner amid foggy weather in the area on the day of the crash.

"Certainly, the circumstances of this tragedy, this catastrophe, have already been seriously investigated, examined and of course it is not seen as possible to agree with these conclusions," Peskov told reporters.