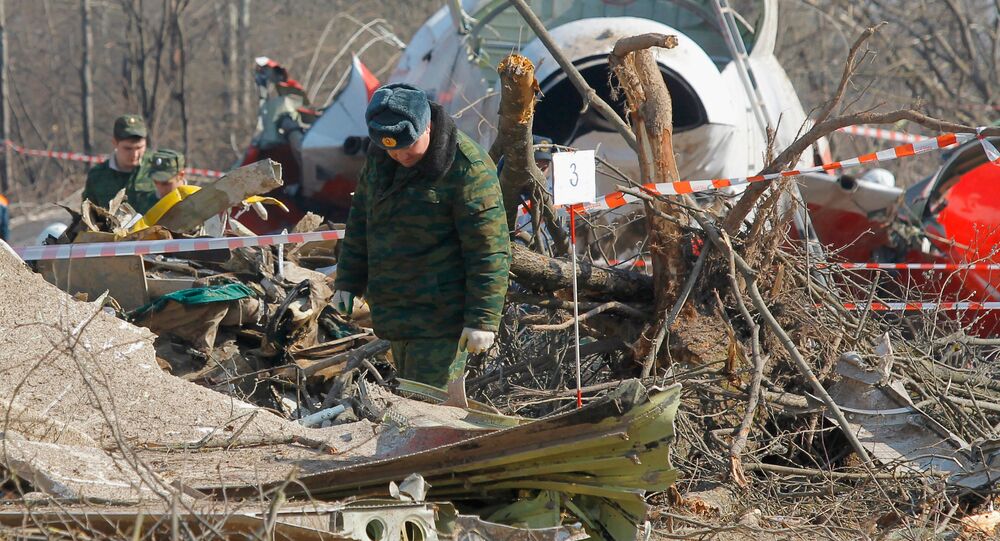 MOSCOW (Sputnik) — National Public Prosecutor's Office deputy chief Marek Pasionek said earlier in the day that Poland had amassed evidence to bring "charges of the crime of deliberately provoking the catastrophe." Pasionek said the accusations have been leveled against Russian air traffic controllers and a "third person" in the flight control tower.

"Certainly, the circumstances of this tragedy, this catastrophe, have already been seriously investigated, examined and of course it is not seen as possible to agree with these conclusions," Peskov told reporters.

© REUTERS / Agata Grzybowska/Agencja Gazeta
Commemoration of Kaczynski Plane Crash Takes Place in Poland
On April 10, 2010, a Russia-made passenger plane carrying Kaczynski, his wife, and a number of high-ranking Polish officials crashed as it attempted to land at an airfield covered in heavy fog near Smolensk. All 96 people on board died in the Tu-154M crash.

The Polish Defense Ministry said last year that Warsaw would restart its investigation into the crash from scratch.