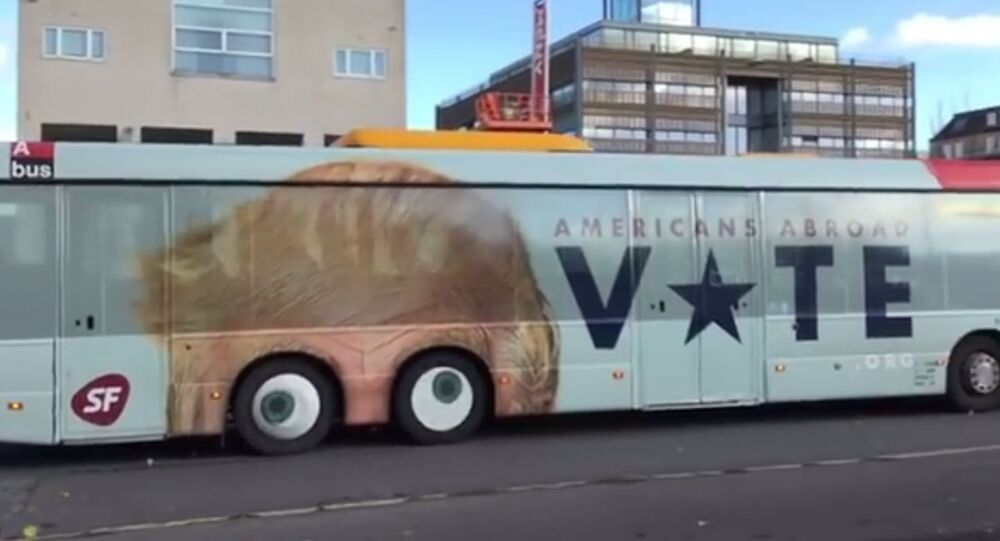 US President Donald Trump has motivated a certain political party in Denmark to encourage US nationals there to vote abroad -- and you won’t believe how creative the trolls got.

The SPP Party Denmark purchased an advertisement on a Copenhagen bus encouraging Americans to vote, with Trump’s face featured while the vehicle’s wheels portrayed Trump’s eyes spinning in circles.

The jab underscored the president’s erratic remarks and comments, ranging from his explicit pride in sexually harassing women, issuing a Muslim travel ban that has been struck down on two occasions by federal courts, to alleging that the Obama Administration spied on Trump Tower during the campaign. The US Select Committee on Intelligence found no evidence supporting Trump’s claim, confirming the results of the House intelligence committee’s probe.

"I don’t think Trump as president will be positive for the development of the world," said Pia Olsen Dyhr, a Danish politician, Occupy Democrats reported. Therefore, says Dyhr, Trump will not be good for Denmark.

The Netherlands has also trolled Trump in this viral video. "We built an entire ocean between us and Mexico…Nobody builds ocean better than we do…and we made the Mexicans pay for it, it’s true." The Trump-esque voice goes on to say, "We also have a disabled politician for you to make fun of."