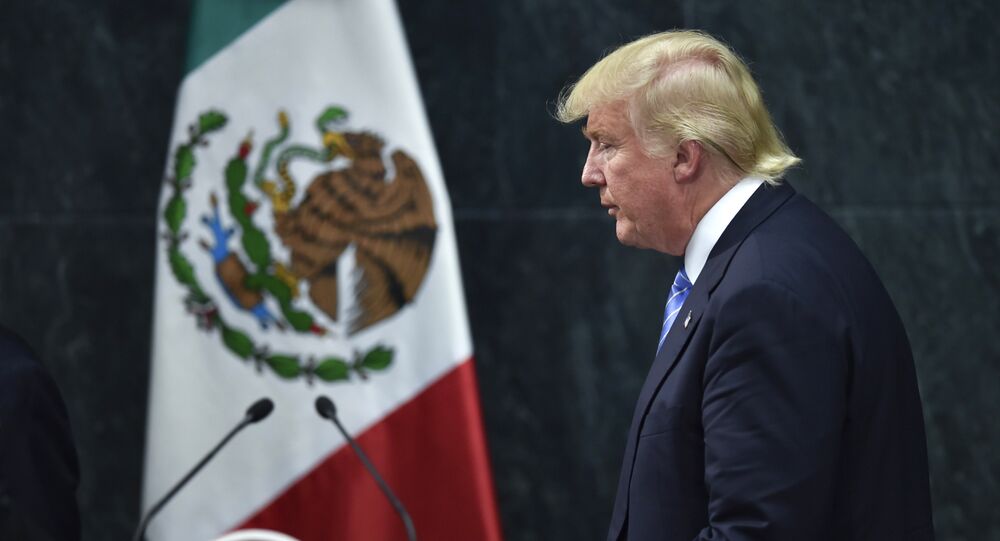 This week Homeland Security Secretary John Kelly and Secretary of State Rex Tillerson will visit Mexico to discuss trade, border security and law enforcement, among other issues. The US officials will meet with Mexican President Enrique Pena Nieto and other functionaries against the backdrop of strained relations with US President Donald Trump.

One of Trump’s major campaign promises was to build a wall along the US’ southern border to stem the tide of undocumented immigrants from Mexico and Central America, claiming he would compel Mexico to foot the bill.

Nieto canceled a late January meeting with Trump following his comments, stating later in a televised speech, "I've said time and again; Mexico won't pay for any wall…I regret and condemn the decision of the United States to continue construction of a wall that, for years, has divided us instead of uniting us."

Afterwards, Trump tweeted that, "If Mexico is unwilling to pay for the badly needed wall, then it would be better to cancel the upcoming meeting." Trump also claimed that Mexico City owed a debt to Washington for the financial impact of NAFTA, saying, "The U.S. has a 60 billion dollar trade deficit with Mexico. It has been a one-sided deal from the beginning of NAFTA with massive numbers…"

Despite this, US military officials met with a Mexico delegation in southern Mexico in early February as part of what American representatives called "continued coordination in partner nation security."

A US embassy spokesman in Mexico City explained at the time, that, "The southern border visit has been planned for months and gave U.S. authorities a chance to learn first-hand about the challenges Mexico faces in protecting its borders."

A statement released by Mexico’s Foreign Affairs Ministry said that it’s government intended to "continue to work for a respectful, close and constructive relationship between the two countries."

The visit will take place February 22-23.

Mexico Sending Over $40 Million to Help Its Immigrants in US

Mexico Disappointed by Netanyahu's Statement About US Border Wall