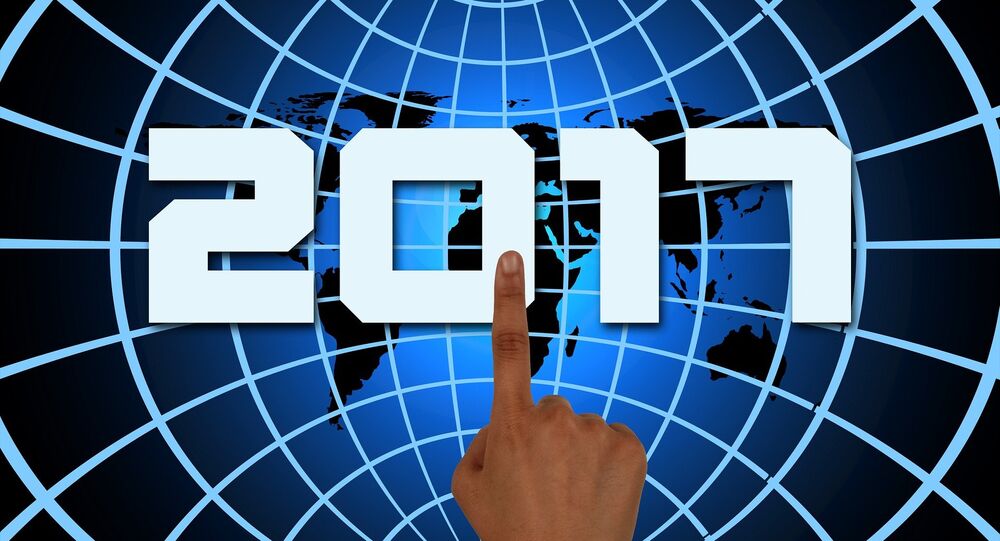 While 2016 showed some promise that global politics in 2017 can improve, much will depend on the first steps of the US' new administration, according to the Head of the Russian Parliamentary Foreign Affairs Committee Konstantin Kosachev, who spoke to RIA Novosti about two possible models of global development in 2017.

© AFP 2021 / JIM WATSON
Trump May Be Trouble for US, But Could Prove Valuable for UK - Property Experts
Both models have an equal chance of adoption, the parliamentarian told RIA Novosti.

"The worst-case scenario would be a trivial continuation of the ongoing processes, namely enduring confrontation with the US, which sadly is only too possible if Donald Trump opts to send negative messages on Iran, China and Taiwan, and continue the military build-up," he suggested.

It will have an impact on the relationship with the European Union, where the position of those in charge to go on with anti-Russian sanctions and Russia's so-called "isolation" will gain more support, the senator suggested.

Under this worst but possible scenario, he added, there will be no progress neither in Ukraine, nor in Syria, which will bring the relationship between Russia and the west to a dead end.

"Betting on the expectancy of the soonest collapse of the Russian economy, prospectless implementation of Minsk agreements through pressuring Russia alone, as well as continuation of the western support of the so-called opposition in Syria and condemnation of Damascus', Moscow's and Tehran's positions will only mean postponing any progress on key issues for a minimum of a year. Then 2017 will be lost not only for Russia," the parliamentarian said.

© REUTERS / Lucas Jackson
The Best is Yet to Come? What to Expect From 2017, From Peace in Syria to Removal of Anti-Russian Sanctions
Meanwhile, the best-case scenario will be ensured by the decisive actions of the US' new administration in its relations with Russia, a change of faces and sentiments in Europe, the EU pushing Kiev towards a real implementation of the Minsk agreements, implementation of the plans on Syria within the trilateral format Russia-Iran-Turkey under the constructive or at least neutral position of the West and Arab countries.

"Under the most optimistic, however very likely developments, EU sanctions imposed on Russia might be partially lifted (at least not extended) by the summer, there might be agreements on the Turkish and Nord Streams, the resumption of Russia-NATO dialogue and a return to negotiations on disarmament and arms control, including burning issues of the global anti-ballistic missile defense, Strategic Arms Reduction Treaty and conventional weapons in Europe," the politician said.

Konstantin Kosachev further added that Russia will be working on the implementation of the best-case scenario, however it is beyond Russia's control.

"There is still a high risk of unexpected targeted provocations, similar to those of 2008 in Georgia and of 2014 in Ukraine. The anti-Russian rhetoric of western politicians is still very strong, hence Russia and the West are starting from less than zero," the politician finally stated.