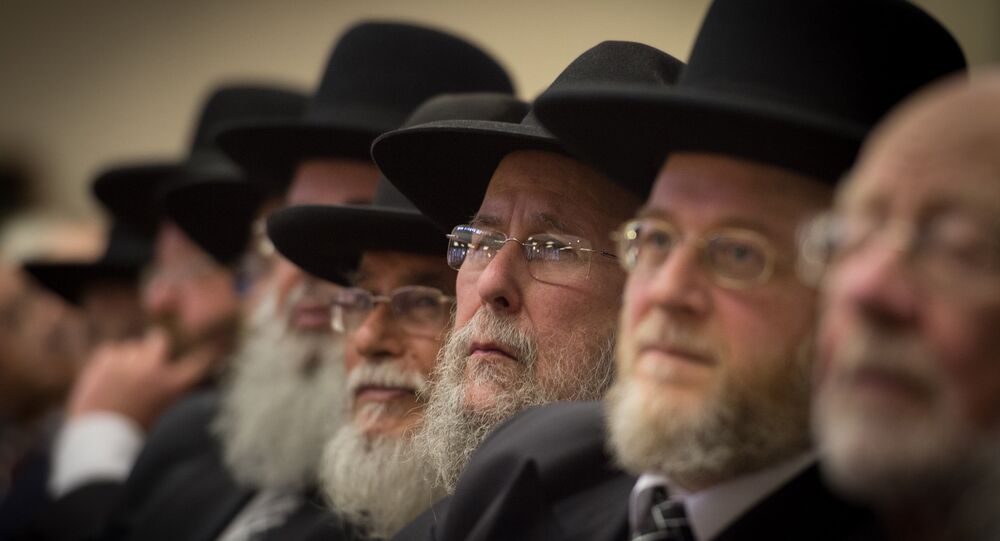 The UK government will formally adopt a definition of anti-Semitism, following a rise in anti-Jewish attacks across Britain.

The UK Prime Minister, Theresa May, will describe on Monday the definition of anti-Semitism in a statement, saying:

"Anti-Semitism — in essence, is language, or behavior that displays hatred towards Jews because they are Jews — and anyone guilty of that will be called out on it."

There is the @IHRA_news definition of Antisemitism in full, adopted by the UK government today 🇬🇧 https://t.co/qMzyCCI6Fx pic.twitter.com/sN0uTh7ExR

Mrs. May will reveal that Britain is one of the first countries to individually adopt the International Holocaust Remembrance Alliance definition. The announcement is reportedly to take place during the luncheon with the Conservative Friends of Israel in London.

The definition was developed in May by the International Holocaust Remembrance Alliance (IHRA), an inter-governmental organization backed by 31 nations.

Read more about the IHRA working def. of #antisemitism, to be adopted by UK Gov. https://t.co/O0DuL95n1l pic.twitter.com/wruhZZLOh6

​"Anti-Semitism is a certain perception of Jews, which may be expressed as hatred towards Jews.Rhetorical and physical manifestations of anti-Semitism are directed toward Jewish or non-Jewish individuals and/or their property, toward Jewish community institutions and religious facilities," the IHRA said in an online statement.

The move by the UK government follows a rise in anti-Semitic incidents across the UK.

In the first half of 2016, the number of anti-Semitic incidents recorded by the Community Secretary Trust (CST), an organization that provides information on the Jewish community, rose by 11 percent. According to the CST, many of these incidents took place in April, May and June when the issue of discrimination against Jews received a larger amount of media attention.

The government said its adoption will ensure that culprits will not be able to get away with being anti-Semitic because the term is ill-defined or because different organizations or bodies have different interpretations of it.

CST welcomes the UK Government adoption of the IHRA definition of antisemitism. Our response in full: pic.twitter.com/FuWM6GnC2L

​Communities Secretary, Sajid Javid said that anti-Semitism must be understood as an attack against a certain group of people.

"Anti-Semitism must be understood for what it is — an attack on the identity of people who live, contribute and are valued in our society. There can be no excuses for anti-Semitism or any other form of racism or prejudice," Mr. Javid said in a recent interview.

"Crimes must always be reported, and the law enforced, but we also want to create an environment that prevents hate crime from happening in the first place," Mr Javid added.

London Rocked by Sharp Spike in Anti-Semitic Attacks in 2015