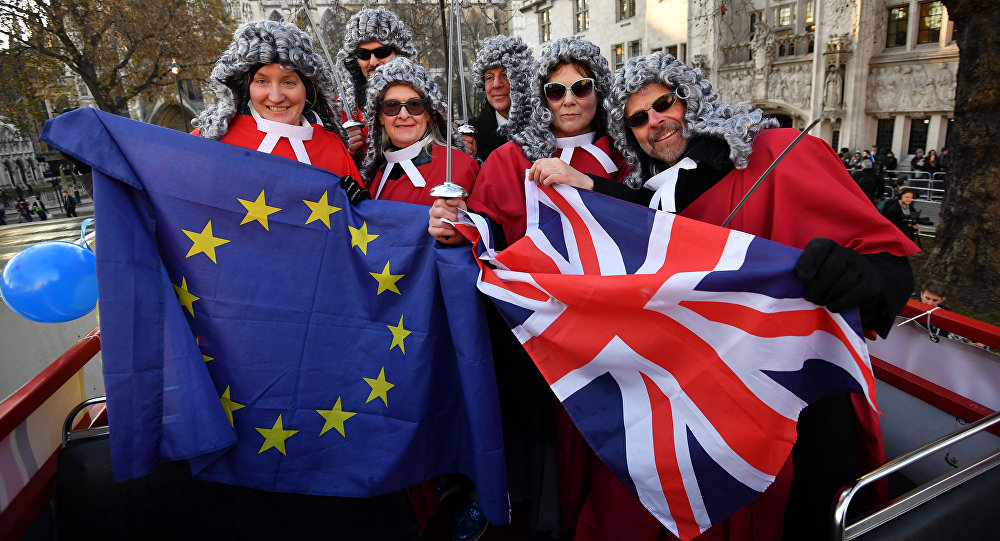 The UK's highest court has entered the second day of arguments on the historic Brexit legal challenge with both pro-Brexit and Eurosceptic activists protesting outside the court building. Added to this is a potential revolt by May's own party fellows, pressing her to reveal the government's plan for Brexit.

The UK government is continuing its attempt to persuade 11 Supreme Court Justices to rule in its favor over the planned strategy for leaving the European Union.

James Eadie QC for the government is urging the panel to overturn the ruling against the Government that was made by the High Court on November 3.

The British people voted to leave the EU at a referendum on June 23, however it was decided by the High Court, which included the Lord Chief Justice Thomas and two other judges that the UK Prime Minister Theresa May lacked power to use the Royal Prerogative to trigger Article 50 of the Lisbon Treaty and start the two-year process of negotiating Brexit without the prior authority of Parliament.

This case was brought by a businesswoman, Gina Miller, and others, saying that May did not have the right to push the Brexit button alone.

The democratic will of the British people must always come first #SupremeCourt pic.twitter.com/uKQaXKxXG9

We should all say thank you to the amazing Gina Miller. A Courageous woman we can ALL be proud of. #brexit #SupremeCourt pic.twitter.com/J6RSTN5qWH

The Supreme Court has heard a claim that it is the Government's responsibility to exercise prerogative powers in the conduct of the UK's affairs internationally. ​However, more pressure is building as the UK Prime Minister Theresa May faces revolt from certain Conservative MPs over the already complicated Brexit issue.

A fresh Conservative revolt is in force, as up to 40 Tory backbenchers are believed to be ready to vote with Labour to bind the Prime Minister into "publishing the government's plan for leaving the EU before Article 50 is invoked," according to Anna Soubry, a key pro-Remain Tory MP.

The Labour motion  demands the government set out its broad aims for Brexit, including its stance on the single market, freedom of movement of EU citizens, and security matters.

"These things are incredibly important. This actually transcends party politics and tribalism," Soubry said in a recent interview.

Pro and Anti Brexit Protesters clash outside the #supremecourt at the #brexitcase today pic.twitter.com/nETGDD4gsD

The Supreme Court hearing will last until Thursday, December 8, with a verdict expected in January.