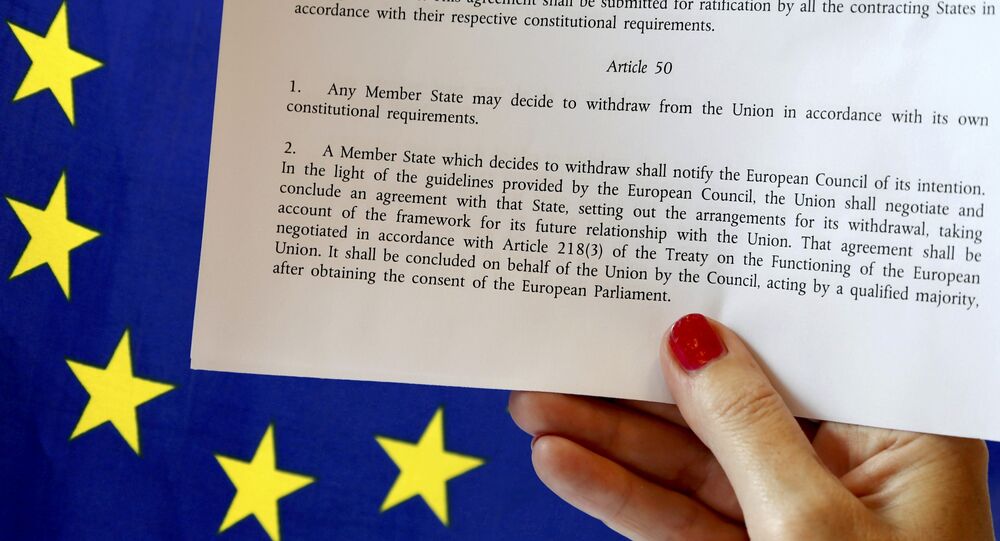 The High Court in London has ruled that the British Parliament does have the right to vote on whether or not to trigger the mechanism for Britain to leave the EU - against the opinion of the government, which said that Theresa May had the powers to do so without resorting to a parliamentary vote.

The British voted to leave the European Union at a referendum on June 23 and Theresa May has said that she will formally begin the process of leaving the EU — by invoking Article 50 of the Treaty of Lisbon — by the end of March.

However, a legal challenge was brought by a businesswoman and others, saying that May did not have the right to push the Brexit button alone, without the British Parliament being given a vote on the matter first. The High Court ruling, Thursday (November 3) emphatically says it is for the sovereign parliament  and not the Prime Minister Theresa May  to be given the ultimate authority to make the decision over Brexit.

"We decide that the government does not have power under the Crown's prerogative to give notice pursuant to Article 50 for the UK to withdraw from the European Union," the court concluded.

The question, in law, centers on what is known as the "Royal Prerogative": the ancient power vested in the king or queen to make unilateral decisions over his/her parliament. It dates back centuries to when England was ruled by Kings and Queens who had total power over their people and there was no parliament as we know it today.

#Article50 ruling — a triumph of law. Finally some incisive analysis breaks though the muddy #brexit debate.

As time went by, more powers were devolved to parliament and Queen Elizabeth II today holds a largely formal, non-executive position. In practice, this is actually devolved to her prime minister.

© REUTERS / Eric Vidal
UK PM Theresa May Facing 'Stupid Brexit' or 'No Brexit' Options
Prime Minister May had argued she has the power to trigger Brexit negotiations without parliament's assent, but the legal challenge was brought by businesswoman Gina Miller and British citizen Deir Dos Santos (among others). They claimed that the outcome of the referendum itself is not legally binding and for the prime minister to invoke Article 50 without the approval of Parliament is unlawful.

Speaking outside the High Court, Miller told reporters: "The result today is about all of us. It's not about me or my team It's about our United Kingdom and all our futures. It's not about how anyone voted. Every one of us voted for the best country and the best future.

"This case was about process not politics. My dedicated [legal] team are absolutely delighted that we've been able to be part of this debate and to bring some sobriety as we go forwards. I hope the judgement — when it's read by the government, as they contemplate the full judgement — will [mean] they will make the wise decision of not appealing, but pressing forward and having a proper debate in our sovereign parliament. A 'Mother of all Parliaments' that we are so admired for around the world," she said.

The High Court ruling has come as a shock to Downing Street, which ha said it would appeal the decision in the Supreme Court.

"The government is disappointed by the Court’s judgment. The country voted to leave the European Union in a referendum approved by Act of Parliament. And the government is determined to respect the result of the referendum. We will appeal this judgment," a spokesman said.

If the final decision on triggering Article 50 does go to a parliamentary vote, MPs will have to seriously consider the consequences of going against the result of the referendum, which — although not legally binding on parliament — did show the will of the people.

UK to Boost Trade With Colombia After Brexit – May