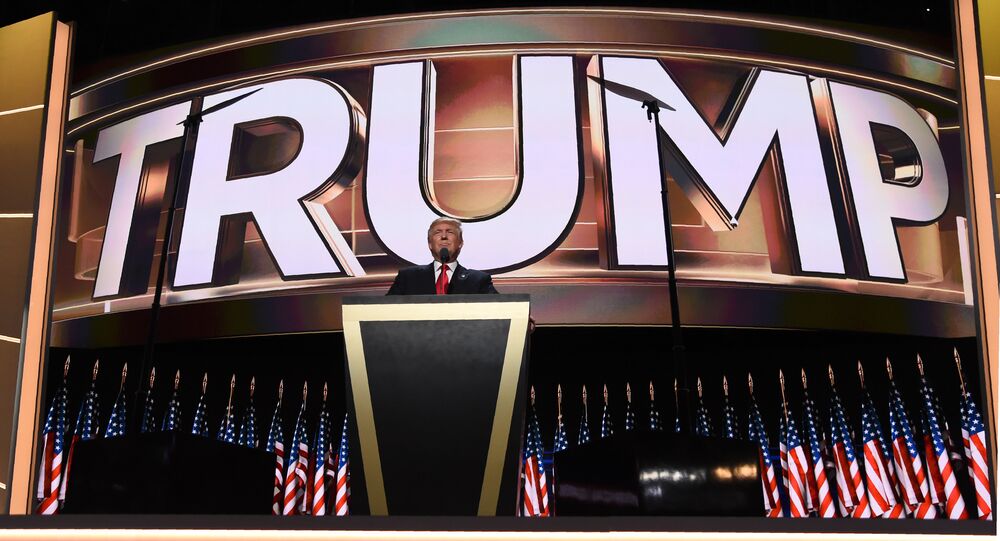 If US President-elect Donald Trump manages to normalize ties between Moscow and Washington, this will change the global geopolitical environment. In this situation, Europe would get a historic chance to find its place in this new world, French political analyst Caroline Galacteros wrote.

This victory is not the beginning of an "era of uncertainty" as it was described by French President Francois Hollande, French political analyst and author Caroline Galacteros wrote in a piece for Le Figaro.

According to her, Europe should welcome the next American president and the French government should reaffirm its readiness to develop bilateral ties.

"The American fundamental geopolitical principles will not disappear after Trump’s inauguration because these principles are trans-partisan. What will change are the style and the methods of Washington’s foreign policy," the article read.

Moreover, Galacteros suggested that Trump’s entourage will probably have a more realistic vision of global politics.

Paris should use the situation to establish a European structure of security and defense, which should also involve Russia, she wrote.

© AP Photo / Jae C. Hong
These are Reasons Why Trump's Presidency is an 'Optimal Scenario' for Europe
Donald Trump wants to cooperate with Russia to defeat the Daesh terrorist group in Syria and Iraq, and this is good news for Europe, according to the author.

Since 2001, Russian President Vladimir Putin has repeatedly called for cooperation with the West on counterterrorism efforts.

If Trump made the decision to cooperate in fact this would mean the "end of the policy of chaos and destabilization" in the Middle East, the article read. Moreover, joint military efforts against terrorists by Moscow and Washington would lead to diplomatic efforts.

"The choice of the American people is promising. The 'empire' is not dead. It is rising from the ashes. […] The scope of these changes will depend on Washington’s policy towards Russia as well as the West’s ability to put an end to the Russia-related nightmares of the Cold War," Galacteros wrote.

However, she noted, there will be those in Washington and Brussels insisting on running the "policy of ostracism" against Russia.

© AFP 2021 / ALEXANDER NEMENOV
Trump Presidency Could Diminish Anti-Russian Paranoia in Europe - French Senator
"Whatever russophobic politicians say, Russia is at the end of the West and at the end of Europe. […] Europe and France are in flames. We need a cognitive, intellectual and even moral rupture to integrate Russia back into the European camps, instead of pushing it to China’s embraces," the article read.

Possibly, a new restart of Washington’s policy towards Moscow will prompt Europe to revise its policy. According to the analyst, the possible thaw between the US and Russia will be a "chance for Europe to find its place in the world."

The next French president should consider this major geopolitical change, developing dialogue with "Europe’s grand neighbor" [Russia], which is not an enemy, but the "natural Asian pole of the European political landscape," she concluded.