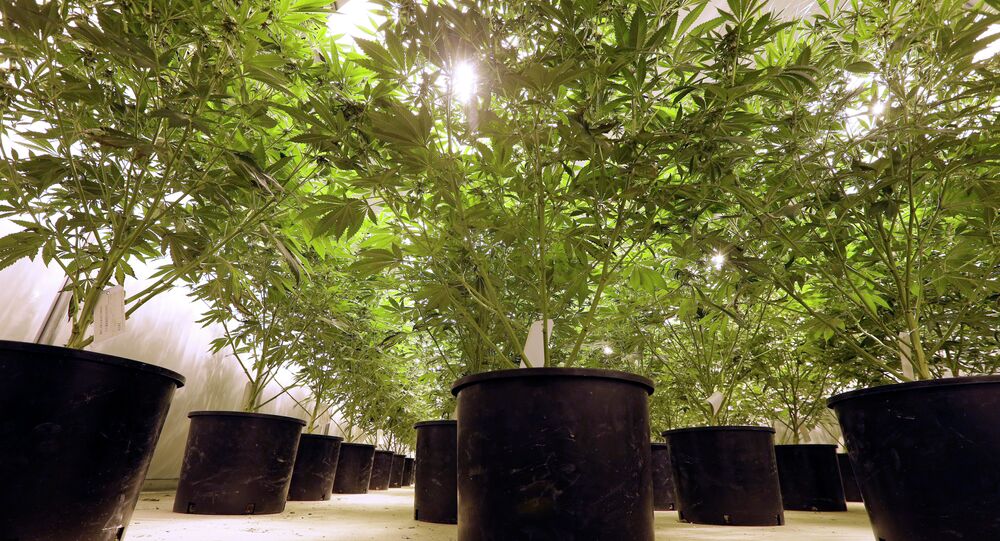 As voters head to the polls on Tuesday, ballot initiatives in five states are seeking to legalize recreational marijuana use -- potentially legalizing it for a quarter of the nation.

© Flickr / Sheri Gurock
Colorado Rolls Out New Rules for Edible Marijuana to Keep Kids Safe
Recreational marijuana use by adults is already legal in four states and Washington DC, and is on the ballot today in California, Massachusetts, Arizona, Nevada, and Maine. Polls on the issue have been favorable to legalization in all five states.

Medical marijuana use has already been legal in California since 1996, and 55 percent of voters would like to see it legalized, taxed, and regulated, similar to the sale of alcoholic beverages. California is the most densely-populated state, with some 39 million people. Recreational use passing here would mean that one fifth of Americans are living in a state where recreational use is legal.

"If California votes 'yes,' it's legitimately the beginning of the end of the war on marijuana in the United States. Period. Full stop," California Lieutenant Governor Gavin Newsom said in a statement.

In Arizona, the race for Proposition 205 is much closer, with a Data Orbita poll conducted during the first week of November finding that 48 percent of voters support legalization, while 47 percent oppose.

As far as for medical use, there are initiatives on the ballots in North Dakota, Montana, Arkansas, and Florida.

University of Southern California political scientist John Matsusaka told Reuters that legalization in even just a few of the states could push the federal government to rethink the fact that marijuana is currently still classified in the same category as heroin.

"It's changed in the minds of these voters from being like cocaine to being like beer," Matsusaka said.

While many watch to see which states go blue or red, another fascinating race to watch will certainly be which ones will go green.

Did Legal Marijuana Drive Man to Kill His Wife?