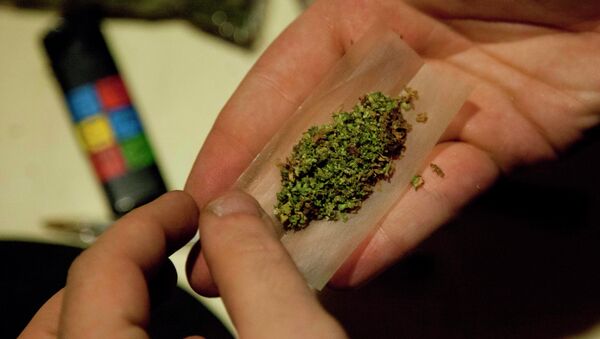 The Canadian government announced that it will introduce federal legislation to decriminalize the sale of marijuana in spring 2017.

Trudeau: Canada to Boost Nuclear Security Investments by $42Mln
Prime Minister Justin Trudeau campaigned last fall on a pledge to legalize the recreational and medicinal use of marijuana, but the time frame has been uncertain.

On Wednesday Canadian health minister Jane Philpott said at a special drug conference at the United Nations General Assembly in New York that Canada's approach to legalization will ensure that marijuana is kept away from minors, as well as organized crime. According to Trudeau, legalizing marijuana will contribute to removing the "criminal element" linked to the sale and distribution of the plant.

"While this plan challenges the status quo in many countries, we are convinced it is the best way to protect our youth while enhancing public safety," Philpott said, "We will work with law enforcement partners to encourage appropriate and proportionate criminal justice measures."

A 2000 court ruling allows Canadians to grow and possess small amounts of the substance for medicinal purposes. Full legalization will make marijuana available for recreational use in a way similar to how alcohol is distributed, retailed and consumed.

Death with Dignity: Canada Changes Rules on Assisted Suicide Policy
The move would, however, breach several global treaties on drug use, signed by previous Canadian governments.

Gerard Deltell, a legislator from Canada's opposition Conservative Party, condemned the initiative, claiming that, similar to alcoholism, it would harm people's health and result in lifelong problems among users.

The Health Ministry's controversial announcement was made on April 20th, the so-called "weed day," annually celebrated by cannabis legalization supporters. It follows a recent Angus Reid survey which revealed that nearly 70% of Canadians support the legalization of marijuana, although many don't see it as a national priority.