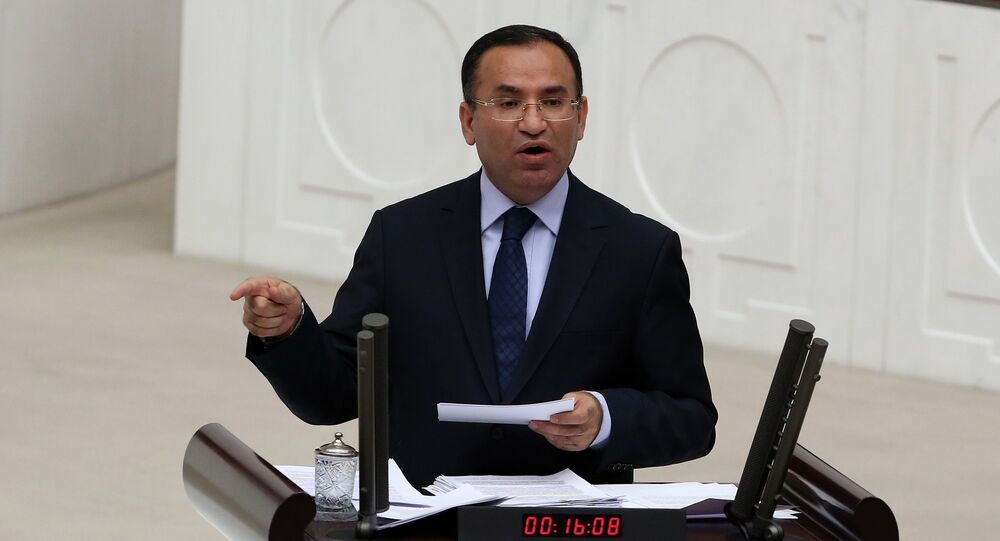 Turkish Justice Minister Bekir Bozdag announced on Tuesday that he would meet with US Attorney General Loretta Lynch to discuss Turkey's official request for the provisional arrest and extradition of US-based Islamic cleric Fetullah Gulen.

© REUTERS / Osman Orsal
Turkey Detains 125 Istanbul Police Officers Over Links to Gulen Movement
ANKARA (Sputnik) — The minister said that according to the US-Turkish agreement on legal assistance, Washington should arrest Gulen due to Ankara's request for his extradition.

"I am heading to the U.S. on October 25. We have a meeting with the Attorney General on October 26 and 27. The main agenda of the visit is the legal documents submitted to the U.S. regarding the founder and leader of the Fetullah Terrorist Organization (FETO) and our request for his provisional arrest over July 15 coup bid," Bozdag told reporters in the parliament, as cited by the Anadolu news agency.

An attempt of a military coup in Turkey took place on the night of July 16, with more than 240 Turkish citizens killed and more than 2,000 people injured. The Turkish authorities accused Gulen of involvement in the coup attempt and demanded that the United States extradite him.

Gulen, who lives in self-imposed exile in the state of Pennsylvania since 1999, condemned the rebellion and declared his innocence.