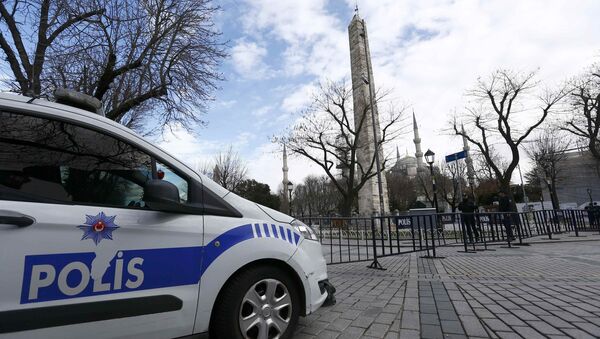 A total of 125 police officers from the Istanbul Police Department were detained on Tuesday on suspicion of using the ByLock communication application, which is known to be used by supporters of Fethullah Gulen, suspected of masterminding the coup attempt, local media reported.

World
Gulen Seeks to Flee US to Avoid Extradition - Turkish Justice Minister
MOSCOW (Sputnik) — According to the Daily Sabah newspaper, 30 of the detainees are deputy police chiefs.

In August, Turkish Prime Minister Binali Yıldırım said that there were about 50,000 users of applications used for secretive communications between Gulen's supporters.

On July 15, a military coup attempt took place in Turkey. It was suppressed the following day. Over 240 people were killed during the coup attempt and an estimated 2,000 were wounded. Ankara has accused dissident Muslim cleric Gulen, who has lived in the US state of Pennsylvania since 1999, and his followers of playing a key role in the coup.

According to Turkish Justice Minister a total of 32,000 military officers, high-ranking civil servants, judges and teachers suspected of being Gulen supporters have been arrested in Turkey after the failed coup attempt.