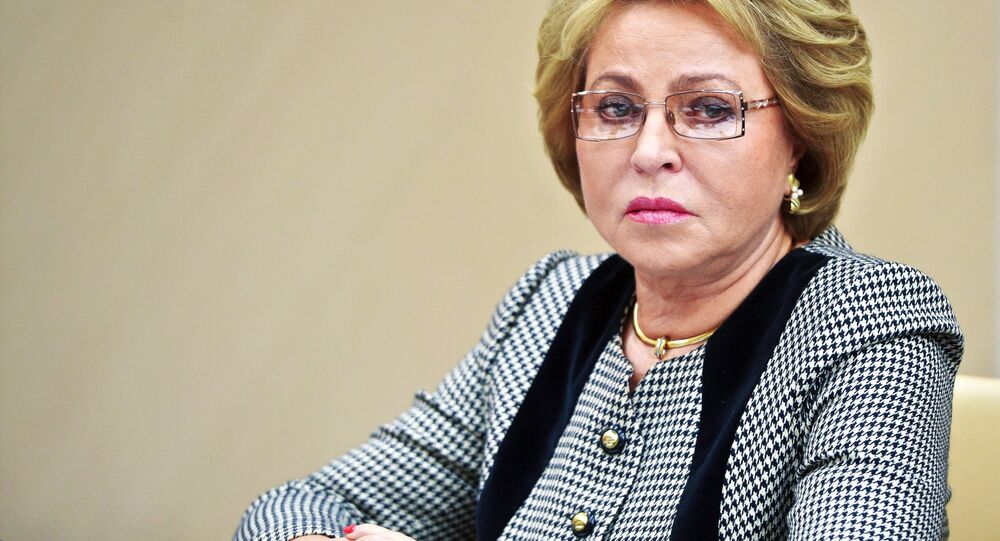 According to the speaker of Russia's upper house of parliament, the US is "de-facto helping the enemy" by sabotaging the implementation of the deal on Syria.

© REUTERS / Kevin Lamarque
Moscow Makes Public Full Text of Russia-US Deal on Syria
MOSCOW (Sputnik) – The United States sabotages the implementation of the agreements on Syria reached with Russia, this is "de-facto helping the enemy" in the case of war, speaker of Russia's upper house of parliament Valentina Matvienko told Sputnik.

"The US-Russia agreements of September 9 were a great success. But this makes out disappointment even greater in relation to us seeing complete sabotage and dragging out, some new conditions and accusations towards us instead of a prompt resolution of all key issues (primarily disengagement the ‘moderate’ forces and terrorists which the US side promised to do," Matvienko said.

According to the official, in conditions of war this is not only "avoiding combat," but also "de facto helping the enemy."

However, there is still a chance that the Russia-US will work, the Russian parliament will do everything to use this opportunity, Matvienko added.

"I shall say firmly, as long as there is a chance that the Russia-US agreements will work, we shall do everything in the parliamentary direction to use this opportunity. And, of course, we shall support the efforts of the Russian president and our diplomacy in this regard," she said.