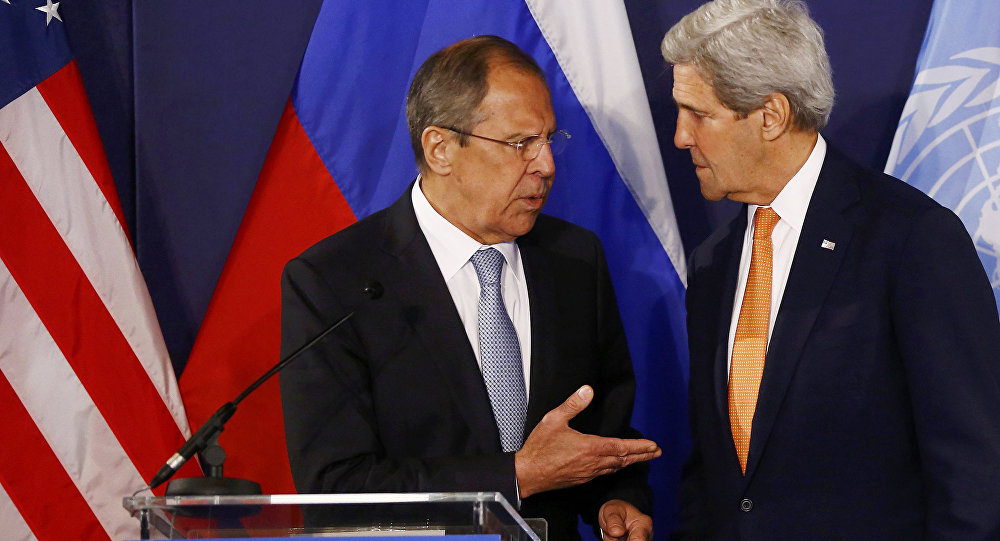 As US Secretary of State John Kerry is set to land in Moscow on Thursday for two days of talks with Russia's Foreign Minister and possibly the President on the situation in Syria as well as other matters, Russian political analysts note that there has been a slight shift in the US position on the Syrian conflict towards Russia’s.

© Sputnik / Alexei Druzhinin
'They Don't Want to Defeat Terrorists': Assad Says Russia's Assistance Unmasked US Plans Regarding Terrorists
John Kerry is set to arrive in Moscow on Thursday from France, where he is taking part in Bastille Day celebrations, according to the US Department of State.

“Secretary Kerry will travel to Moscow, Russia, July 14–15, where he will meet with senior Russian officials to discuss Syria, the Ukraine crisis, and the Nagorno-Karabakh conflict, among other issues,” reads a statement on the official website of the US State Department.

Commenting on the purpose of the announced visit, The Washington Post suggested that “the US proposal, which has not been made public, calls for the establishment of a 'Joint Implementation Group' with Russia, through which the two countries would initially exchange intelligence and operational information on the locations of Jabhat al-Nusra, al-Qaeda’s Syrian affiliate, and “synchronize” their independent operations against the Islamic State (Daesh).”

“Once al-Nusra targets have been agreed [upon], they would determine what action to take and “deconflict” their air operations.”

“In exchange, Moscow would use its leverage to effectively ground Syria’s air force, limiting its operations to non-combat humanitarian and medical-evacuation missions. Both the United States and Russia would recommit themselves to pushing for a political settlement to Syria’s civil war.”

© Sputnik / Mikhail Voskresenskiy
Shifting Allegiances: Did Turkey Just Give Up on Toppling Assad?
Earlier on Tuesday, US State Department Spokesperson John Kirby said at his daily press briefing that the respective positions of Russia and the US on the Syrian conflict are not “far apart”, adding that “there’s near-daily communication between the US and Russia on what’s going on on the ground, and what the Secretary looks forward to talking about in Russia is how we can take that same spirit of uniformity on what we both want to see in Syria to the next level.”

Andranik Migranyan, Russian political analyst and professor at the Moscow State Institute of International Relations (MGIMO) told Radio Sputnik that such US announcements should be treated with “cautious optimism.”

However, he added that John Kirby’s comment signals a “gradual shift of the US position on the Syrian conflict.”

“We know that in such issues 'the devil is in the details'. The US State Department spokesperson says that our positions on Syria are not that 'far apart' but he doesn’t specify where exactly we do stand 'far apart' and where we stand closer to each other,” he told Radio Sputnik.

“Thus we should treat such comments with cautious optimism. We should wait and see exactly what suggestions John Kerry will bring to Moscow, then we’ll be able to understand how close we have come to each other on the Syrian issue,” he added.

The political analyst, however, added that there are gradual changes taking place in the US position on Syria, not Russia’s. 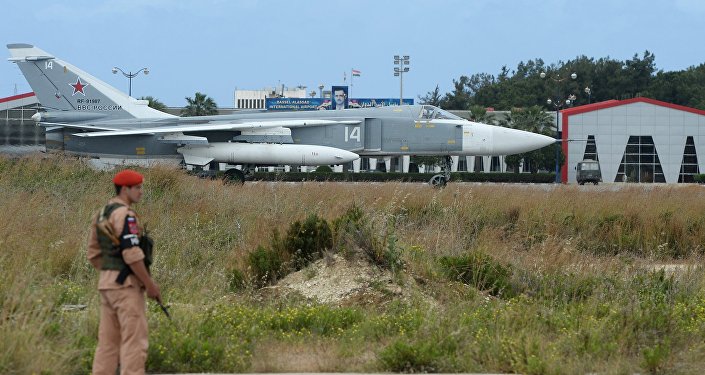 © Sputnik / Maksim Blinov
US to Propose Establishing Joint Operational Center on Syria to Russia
“The Americans and their allies previously we very vocal in their demand to ouster President Assad as the only condition for further negotiations, a ceasefire, a transition government and so on. However, they have now dropped the demand. Still, we haven’t gone ahead much since then, as it is hard for them to drop the demand completely and they keep repeating that 'Assad should go',” Migranyan added.

The political analyst also noted a number of other discrepancies, such as difference in stances on the so-called “moderate opposition,” or which groups fighting on the ground should be listed as terrorists.

“Although there is an understanding in Washington that Russia was right that the so-called “moderate opposition” is nothing but a “figure of speech,” he said.

“We remember only too well how the Americans have been training this 'moderate opposition' and then these oppositionists, with all their arms, sided with Daesh or their allies in Syria and Iraq,” he added.

The political analyst also added that Russia has no opportunity to coordinate targets with the US for its airstrikes, as Washington perceives it as an attempt to obtain information on important infrastructure, which it will then bomb.

“There is certain distrust between the two, which complicates the situation. Thus Sergei Lavrov and John Kerry have the topics for discussion and I hope that certain issues will be agreed upon,” the expert concluded.

US Should Abandon Assad Must Go Rhetoric, Cooperate With Russia in Syria