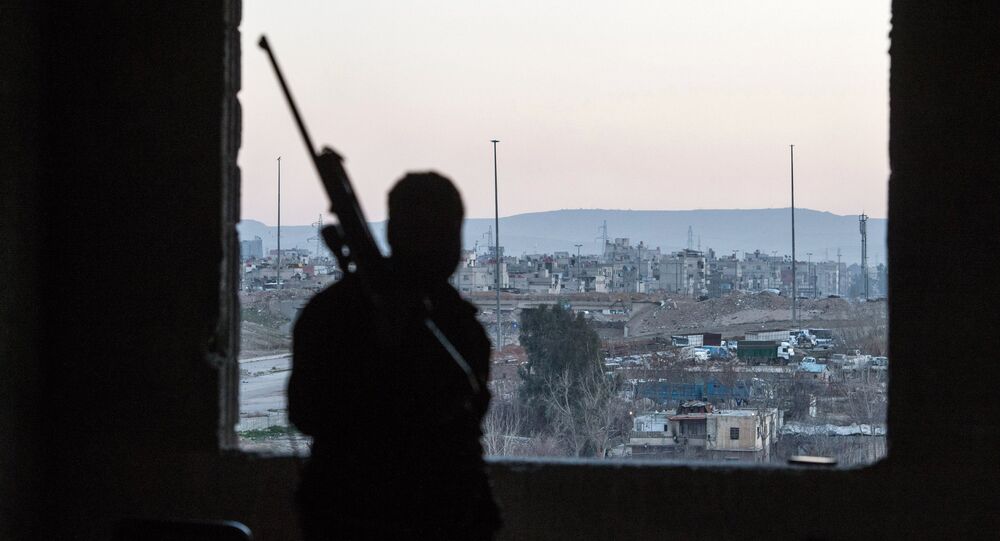 The United States seems to want al-Nusra Front terrorist group to remain in some form in Syria and use it to achieve own goals, Russian Foreign Minister Sergei Lavrov said Thursday.

© Sputnik / Iliya Pitalev
Washington's Achilles Heel in Syria: Why US Asked Russia Not to Bomb Nusra Front
ST. PETERSBURG (Sputnik) — Russian Foreign Minister Sergei Lavrov urged the US earlier this month to convince those rebel groups which they support in Syria to leave areas where al-Nusra Front militants are present.

"The Americans are now saying that they are unable to remove the 'good' opposition members from the positions held by al-Nusra Front, and that they will need another two-three months. I am under the impression that there is a game here and they may want to keep al-Nusra Front in some form and later use it to overthrow the [Assad] regime," Lavrov said at the St. Petersburg International Economic Forum.

The US-Russian brokered ceasefire entered into force on ceasefire agreement came into force across Syria on February 27. Terrorist organizations such the Daesh and al-Nusra Front are excluded from the truce.