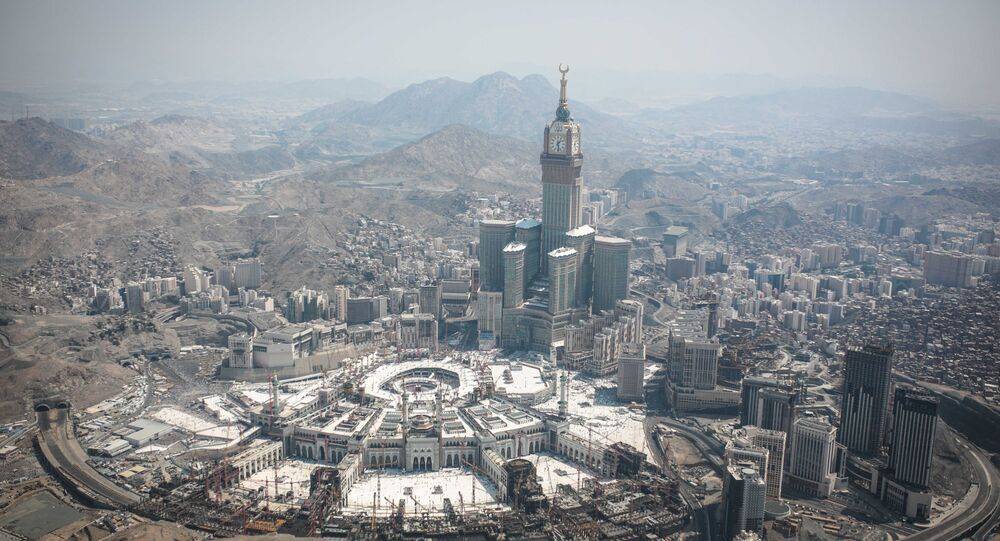 Ghost of a Chance: Will Saudi Vision 2030 Ever Come True?

Saudi Deputy Crown Prince Mohammed bin Salman's bold "Vision 2030" plan has caught Western observers by surprise; the question remains open if the plan will really transform the Saudi economy or will it be yet another "desert mirage."

Saudi Arabia is pushing ahead with its new ambitious Vision 2030 plan aimed at urgently diversifying the country's oil-dependent economy.

"All success stories start with a vision, and successful visions are based on strong pillars. The first pillar of our vision is our status as the heart of the Arab and Islamic worlds… The second pillar of our vision is our determination to become a global investment powerhouse… The third pillar is transforming our unique strategic location into a global hub connecting three continents, Asia, Europe and Africa," the statement by Saudi Deputy Crown Prince Mohammed bin Salman, Chairman of the Council of Economic and Development Affairs, read.

"While the immediate catalyst for economic restructuring is the impact of the sharp fall in international oil prices, the rationale for these reforms has been evident for much longer," El-Erian writes in his article for Project Syndicate.

The economist explains that Vision 2030 focuses on three major areas: first, it seeks to enhance non-oil revenues by gradually expanding the tax base; second, it envisions a reduction in spending by "rationalizing the country's massive public investment program" and "diverting spending on arms away from foreign purchases."

"For example, the plan would raise funds via the IPO of a small part (up to 5%) of Saudi-Aramco, the giant oil conglomerate, and invest the proceeds in a broader range of assets around the world," El-Erian underscores.

© AFP 2021 / FAYEZ NURELDINE
Saudi Defence Minister Mohammed bin Salman (2nd L), who is the desert kingdom's deputy crown prince and second-in-line to the throne, arrives at the closing session of the 4th Summit of Arab States and South American countries held in the Saudi capital Riyadh, on November 11, 2015

Although the plan is not without risks, there is a good chance that Saudi Arabia, the country "long known for caution and gradualism," will succeed in implementing the bold economic plan.

"The plan, after all, is about a lot more than fundamental economic reforms," the economist emphasizes, stressing that if Riyadh accomplishes the task, other states across the world "that face similar challenges" will be inspired to follow in Saudi Arabia's footsteps.

© AFP 2021 / Hassan Ammar
Running on Empty? Why Riyadh's Economy is in 'Dire Financial Straits'
However, not all analysts share El-Erian's optimistic stance. According to the German daily Die Welt the Saudi plan is "destined for disgrace."

The media outlet drew attention to the fact that the markets have not taken the announcement seriously. To add insult to injury, the Moody's Investors Service has downgraded Saudi Arabia's long-term issuer ratings to A1 from Aa3.

"Saudi Arabia's credit profile remains very strong by comparison with the majority of Moody's-rated sovereigns. However, the drop in oil prices from their mid-2014 peaks has materially undermined the Kingdom's credit profile, negatively affecting the economy, the government's finances as well as both external accounts and reserve buffers," Moody's official statement reads.

"While the government has ambitious and comprehensive plans to address the shock by diversifying its economic and fiscal base, those plans are at an early stage of development and their impact remains uncertain," the statement adds.

© AFP 2021 / ALAIN JOCARD
Is a Coup Brewing in Riyadh? Powerful Saudi Princes 'Irritated' by Kingdom’s Military Operations
The newspaper also focuses its readers' attention on the fact that for the first time in 25 years Saudi Arabia has borrowed $10 billion from a consortium of global banks.

Beirut-based journalist Paul Cochrane echoed the stance in his article "Hot Air in the Saudi Desert: a Kingdom in Descent?" for CounterPunch.org.

According to the journalist, Saudi Arabia's economy is in dire financial straits and it is unlikely that the bold Vision 2030 plan will fix the situation anytime soon.

"The problem is that [Saudi Arabia] will not have diversified by then, or most probably by 2030. As one analyst put it, Mohammed bin Salman is 'pulling the wool over everyone's eyes' by implying the country can stay afloat without oil," he writes, referring to a gloomy IMF prognosis that says by 2020 the Gulf kingdom could already be bankrupt.

Cochrane explained that the oil revenues are crucial to enable diversification and they are not readily available because of the protracted slump in crude prices.

In addition the journalist asked: "if Mohammed bin Salman falls from grace, what will happen with the Vision and [Aramco] privatization plans?"

As of yet, the bold Vision 2030 project is nothing more than a desert mirage, experts suggest.