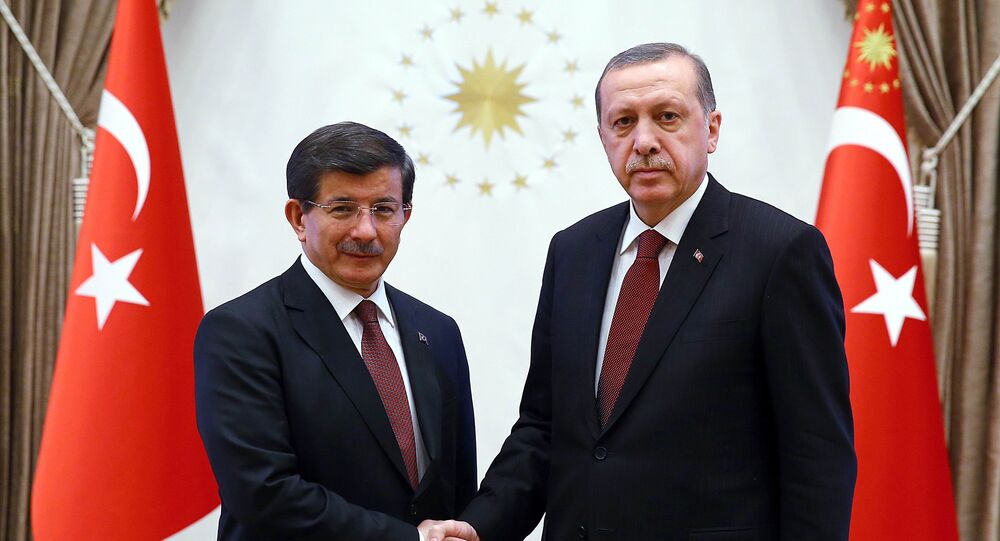 In the latest sign of Turkey’s slide toward dictatorship, the ruling AK Party has taken steps to remove power from Prime Minister Ahmet Davutoglu and to consolidate authority behind embattled President Recep Tayyip Erdogan.

In recent weeks, the Turkish parliament has taken aggressive steps toward abandoning the country’s secular constitution. If achieved, this would cement broader powers for an increasingly authoritarian Erdogan government.

"…The main speaker of parliament, from AKP, declared that in the new constitution, we don’t need the principle of secularism and there should be, somehow, Islam inside the constitution,"Turkish journalist Kemal Okuyan told Radio Sputnik’s Loud & Clear last week.

But as the ruling AKP works to establish its authority over Turkey, there are also signs of increasing tensions among the party’s rank and file. Most notably, Erdogan appears to be removing power from Prime Minister Ahmet Davutoglu.

During a high-profile meeting of AKP’s executive committee (MKYK) on Friday, the committee agreed to remove the prime minister’s authority to appoint provincial party officials.

"This decision will weaken Davutoglu’s power over the party," one official said. "Davutoglu’s job will not be easy after this."

Under Turkey’s current constitution, the president can have no say in party politics, as the position is theoretically meant as a check on the ambitions of the prime minister’s party. But, given that Erdogan founded the AKP, he retains an outsized influence, even if he cannot participate officially.

“Davutoglu wants to carve out a political space for himself, but Erdogan is not intent on allowing the head of the executive – whether Davutoglu or anybody else – to have any significant degree of political independence,” said former Turkish diplomat Sinan Ulgen.

"Erdogan is intent on fully controlling both the executive but also the political agenda of the country and he can only do that if he has this degree of control."

While critics have dubbed this a troubling move, the AKP has taken pains to downplay its significance.

"This authority has been taken back by the MKYK so that issues concerning the party can be discussed intensively and in more detail," party spokesman Omer Celik told reporters on Friday.