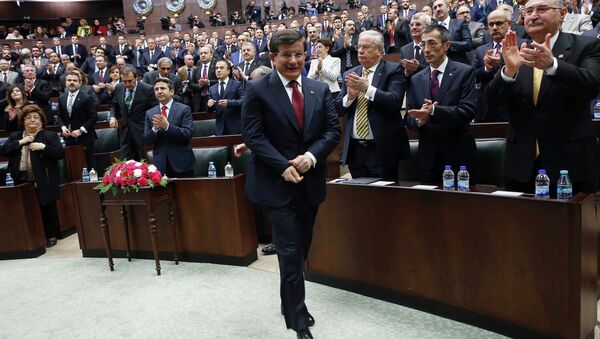 “As a Muslim country, why should we be in a situation where we are retreating from religion? We are a Muslim country. So we must have a religious constitution,” Kahraman said while addressing an Islamic academics' and writers' conference in Istanbul on Monday, as quoted by the Hurriyet newspaper.

Kahraman belongs to the ruling Justice and Development Party (AKP), led by Prime Minister Ahmet Davutoglu and founded by President Recep Tayyip Erdogan. Turkey's AKP-dominated government has been repeatedly criticized by the country's secular NGOs and political parties, such as the Turkish Communist Party, for the process of Islamization that undermines the secular nature of Turkish statehood.