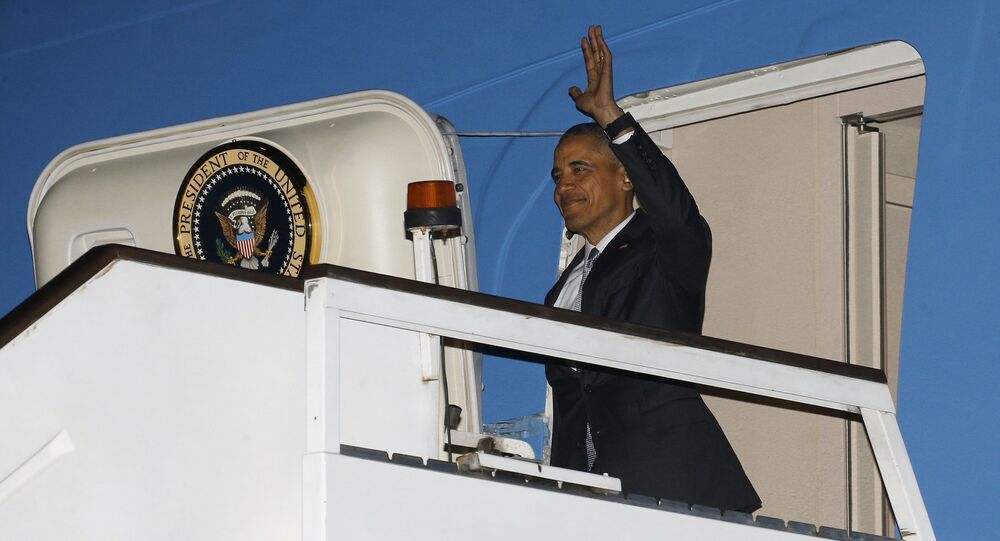 Lord Mark Malloch-Brown, former UK minister of state for Africa, Asia and the United Nations expressed confidence that US President Barack Obama’s calls for the United Kingdom to remain within the European Union would resonate strongly with Britons.

On Thursday, Obama urged London to retain the country’s EU membership to enhance Britain’s global leadership and also stressed the importance of the US-UK "special relationship" and partnership for the success of NATO and other international institutions and initiatives.

"Here he has combated out campaigners argument that this is a chance to restore old relationships, notably the Special Relationship not only by arguing that the UK is more important to the US in Europe but also by powerfully evoking a history of shared sacrifice in war to secure a stable democratic Europe," Lord Mark Malloch-Brown said.

© AP Photo / Matt Dunham
UKIP Leader Labels Obama as Most Anti-UK US President Ever
He also expressed confidence that Obama’s statement would resonate strongly with Britons.

Obama's remarks regarding the United Kingdom's possible exit of the European Union were made ahead of his three-day official visit to the country, where he is expected to have lunch with Queen Elizabeth II and hold a meeting with Prime Minister David Cameron.

UK nationals are set to vote on June 23 in a referendum on the country's EU membership, after Cameron and the leaders of the 27 other EU member states reached a deal in February to grant the United Kingdom a special status within the bloc.