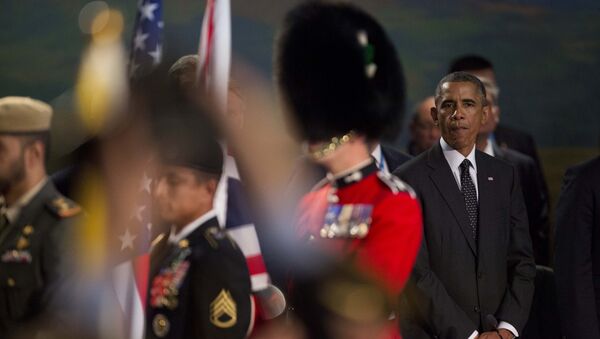 UKIP Leader Nigel Farage called US President Barack Obama the most anti-UK US leader ever.

LONDON (Sputnik) — US President Barack Obama is the most anti-UK US leader ever, UKIP Leader Nigel Farage said on Friday, as Obama is expected to show support for the Remain campaign during upcoming visit to the United Kingdom.

"Mercifully, this American president, who is the most anti-British American president there has ever been, won’t be in office for much longer, and I hope will be replaced by somebody rather more sensible when it comes to trading relationships with this country," Farage said as quoted by local media.

UKIP Head Calls Cameron 'Chicken' For Canceling Talks on EU Membership Deal
On Wednesday, Farage welcomed Vote Leave campaign, which had been designated as the lead camp for those seeking an end to UK’s EU membership.

UK nationals are set to vote on June 23 in a referendum on the country's EU membership, after Prime Minister David Cameron and the leaders of the 27 European Union member states reached a deal in February to grant the United Kingdom a special status within the bloc.