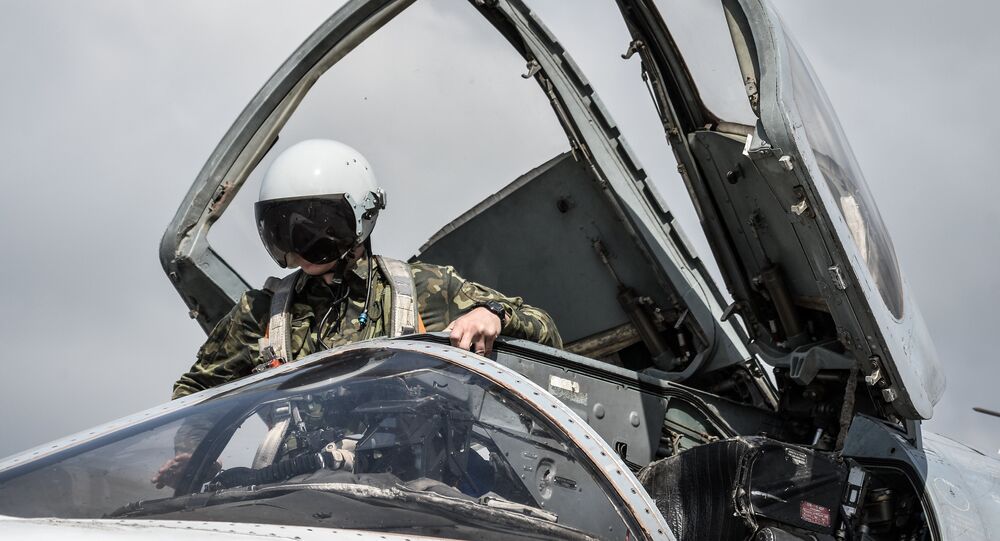 Have Washington's policymakers learnt anything from Russia's successful military operation in Syria? It seems that they have got it all wrong, independent journalist Martin Berger notes.

Western media are at pains to find out why Russia succeeded in fighting against Daesh, while the US-led coalition largely failed to accomplish this task.

"As the situation on the ground keeps changing against the radical militants that invaded Syria, Syrian troops along with Russian airpower have managed to deliver a crushing blow against them, particularly the so-called 'Islamic State' [Daesh]. Western media sources are desperately attempting to explain why Russia succeeded against ISIS [Daesh] where the US-led coalition failed," freelance journalist and geopolitical analyst Martin Berger remarks in his article for New Eastern Outlook.

© Sputnik / Aleksey Nikolskyi
#PanamaPapers: Who is Trying to Prevent US-Russian Détente
Berger notes that, according to French media outlet Le Figaro, Russia's success could be explained by the Kremlin's "brilliant strategic plan" being put into action by Russian military forces.

The Russian Aerospace Force works in close cooperation with the Syrian ground forces and such collaboration has proven to be very effective.

The journalist also cites the Washington Post article by Thomas Gibbons-Neff, who believes that the root cause of Russia's success is that "Russian special forces are participating in combat alongside Syrian troops at the tactical level," unlike their American counterparts who prefer to remain behind the front line.

"The presence of Russian special forces and advisers on the front line has, in turn, helped Syrian troops and President Bashar al-Assad's allies consolidate gains and take ground across the country," Gibbons-Neff suggested.

Commenting on the liberation of Palmyra by joint Russo-Syrian forces, Boris Johnson, a British politician and Mayor of London noted in his Op-Ed for The Telegraph:

"If Putin's troops have helped winkle the maniacs from Palmyra, then (it pains me to admit) that is very much to the credit of the Russians. They have made the West look ineffective; and so now is the time for us to make amends, and to play to our strengths," he underscored.

© Sputnik / Valeriy Melnikov
Untold Story of Syrian Coup: Who is Really Behind the Plot to Topple Assad?
However, at the same time, some Western media made an attempt to downplay Russia's achievements in Syria and even silence its gains. In one of his latest interviews on the John Batchelor Show, Professor Stephen F. Cohen bemoaned the fact that Western media were quick to forget that it was the Russian Air Force that disrupted Daesh's supply routes in Syria and helped the Syrian Arab Army expel terrorists from Palmyra.

As London Mayor Johnson noted, it is time for the West to play to its strengths. So, what lesson has the Western establishment learned from Russia's military operation?

To answer this question Berger refers to an article by Bret Stephens of The Wall Street Journal entitled "Learning From Vladimir."

Stephens admits that Russia's military forces have done a good job in Syria.

"So what should the US do in Syria?" he asks.

"Here's a thought: Give up on a unitary Syrian state, which guarantees a zero-sum struggle for power instead of a division of territorial spoils. Support Kurdish autonomy in northern Syria, backed by a tripwire US force to deter Turkish intervention, and an Alawite state around Latakia, backed by Russia, with the proviso that the Assads must go. Destroy ISIS [Daesh] and other Sunni jihadist groups by combining massive US air power and a coalition of Saudi, Egyptian and Jordanian troops," Stephens elaborates.

In other words, divide and rule.

It is hardly surprising that the American journalist proposed to deconstruct the Syrian state, since Washington has been harboring the plan for decades.

"But maybe it's high time for the White House to put an end to its vicious policies in the Middle East. Instead of devising cunning anti-Russian plans, the US could finally start an actual fight against ISIS [Daesh] in Iraq and Syria to protect the world from this 'black plague of the 21st century'," Berger suggests in his turn.