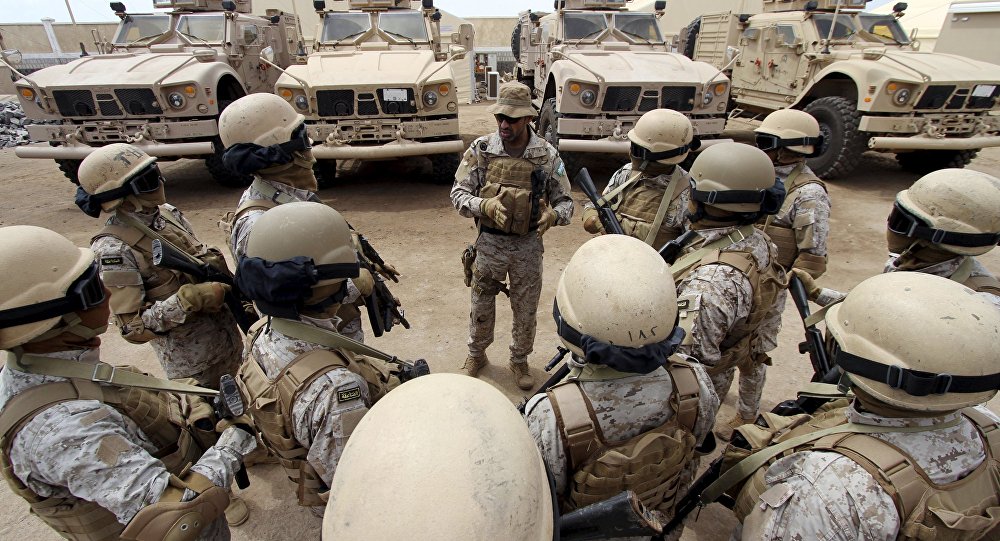 Why does Saudi Arabia continue to bomb Yemen back into the Stone Age? The crux of the matter is that Yemen has oil reserves, while Riyadh is steadily running out of the commodity, American political analyst Phil Butler explains. 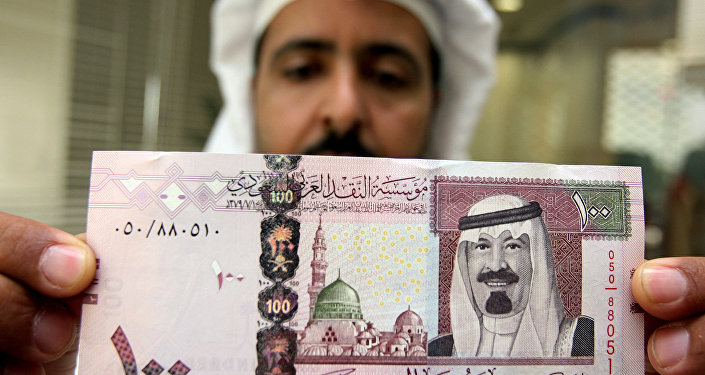 © AFP 2019 / Hassan Ammar
Out of Money: Saudi Arabia Shot Itself in the Foot by Dropping Oil Prices
According to American political analyst and researcher Phil Butler, the US-backed Saudi Arabian war against Yemen is neither about the longstanding sectarian strife between Sunnis and Shiites, nor about the much-discussed military campaign aimed against al-Qaeda in the region.

While Western media outlets usually refer to Yemen as a "small" energy producer, the truth of the matter is the country is sitting on substantial oil and gas reserves, which Saudi Arabia and its allies want to control, Butler notes.

In addition, Yemen lies at the Bab el-Mandab, a key checkpoint for maritime transit of oil, with 3.4 million barrels of oil passing through it each day.

In one of his previous analytical reports for New Eastern Outlook, Phil Butler called attention to the fact that Saudi Arabia's oil wealth is doomed to falter:

"Given the nature of the country's [Saudi Arabia's] oil reserves, and almost unlimited production for decades, it's possible the Saudis could simply be running out of gas," the American analyst stressed.

In this context, it is hardly surprising that Riyadh has recently adopted an assertive and even aggressive foreign policy approach towards its neighbors.

"Running out of the last of the nation's only saleable resource, the Saudi royalty have put their country into a mess, the potential for revolution there being acute, should the people discover the real predicament. This is why we see an 'all in' Saudi aggressive stance, on Syria, with Iran, and especially where Yemen is concerned. While Washington think tank evangelists try and play the tensions off as Sunni-Shiite religious friction, new oil reserves are the truth of these matters," Butler writes. 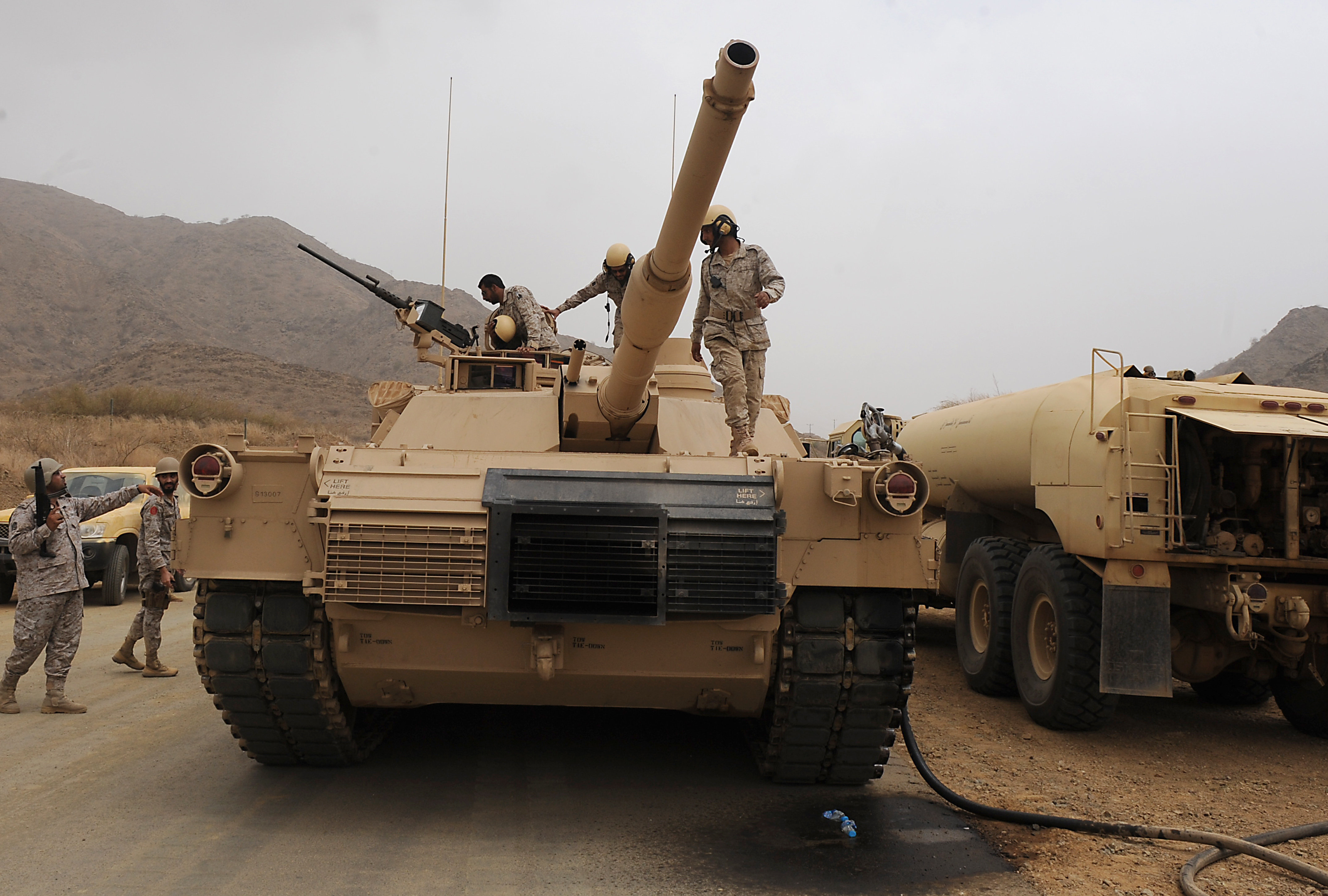 © AFP 2019 / Fayez Nureldine
Saudi soldiers are seen on top of their tank deployed at the Saudi-Yemeni border, in Saudi Arabia's southwestern Jizan province, on April 13, 2015.

"Saudi oil minister Ali al-Naimi, said that the kingdom would not increase production capacity beyond 12.5 MMb/d for the next 30 years in contrast to earlier calls to increase output to 15 MMb/d to meet global demand. Simultaneously, however, Saudi Arabia has massively increased the total number of drilling rigs in recent months; this year, the total number of rigs is set to hit a record of 170, nearly double the 88 rigs in October 2012," the report stated adding that Riyadh was also exploring and developing "more costly offshore fields."

If Riyadh was not planning to increase its production capacity, why did it rush to install new rigs, especially offshore ones, which are 7 times more costly to run, Butler asks. The analyst believes that Saudi Arabia has been lying for decades about its actual oil capacity.

To stay on top, Riyadh has to maintain control over oil reserves beyond its borders, particularly in Yemen. The Western establishment is assisting Saudi Arabia, and with "reason": in November 2005 the Republic of Yemen expropriated its oil basins — the Marib Al-Jawf Block — from Hunt Oil Company and ExxonMobil affiliates.

© Sputnik / Alexei Druzhinin
Riyadh Turns to Moscow Amid 'Waning Influence of US in Middle East'
The analyst points to the fact that the Obama administration has long been aware of Yemen's substantial gas capacity. He quotes Ambassador Stephen A. Seche's 2008 secret cable, published by Wikileaks, which reads "that the governorates of Shabwa, Marib and al-Jawf have high potential for significant gas deposits."

As for oil, according to the detailed 2002 United States Geological Survey (USGS), Yemen possesses vast offshore oil reservoirs in addition to its 3 billion barrels of proved oil reserves, the analyst underscores.

That is why neither the Obama administration, nor European governments are rushing to help the Yemenis being bombed and shelled by Riyadh: all of them have their own vested interests in the Middle East.

"So the picture puzzle of Yemen chaos should be complete for you now," Butler concludes.

Rebranding of Absolute Monarchy: How Saudi Arabia is Changing

Saudi Arabia Bracing for 'Twilight of the Oil Age'