Turkish President Recep Tayyip Erdogan has come increasingly under fire from within the country and beyond for his stance on a whole range of issues, including the Syrian war, Russia and its anti-Daesh campaign, the Kurds, constitutional law and freedom of the press.

"Under the AKP government, in power since 2002, Turkey risks not only being regarded as a rogue state but its president … also risks being branded as a rogue president," journalist Robert Ellis observed, referring to Erdogan's recent comments on the Constitutional Court's ruling.

© AP Photo / Emrah Gurel
Turkey's President VS Top Court: This is How Erdogan 'Violates Constitution'
The court found that the rights of two opposition journalists from the Cumhuriyet newspaper had been violated, resulting in their release from their pre-trial detention last Friday. The Turkish president said that he did not respect and would not abide by the decision, which by its very nature is binding for every Turkish citizen.

In Turkey, what the president considers a personal affront could easily turn into a criminal case. According to the Hurriyet newspaper, Turkish law enforcement agencies have launched a total of 1,845 criminal cases for insulting Erdogan. Those accused include a former football champion, journalists, bloggers and even high school students. 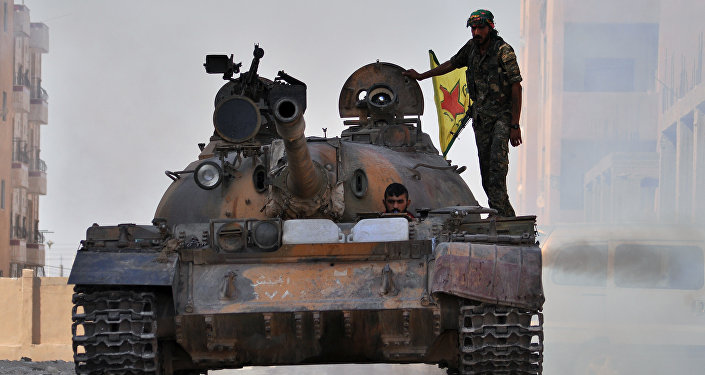 © AFP 2019 / DELIL SOULEIMAN
Erdogan's Worst Nightmare: Could Kurds Redraw the Map of the Middle East?
These policies are detrimental to Turkey's international and regional standing.

Erdogan's highly controversial remarks, which legal scholar İbrahim Kaboğlu named a "clear violation of the constitution," are the latest example in a string of events that have led to Ankara losing its status as a regional problem solver.

"In the eyes of the international coalition, in the eyes of the United States, Turkey will probably no longer be seen as an asset but as a liability," former Turkish ambassador to the UK Ünal Ceviköz told the Today's Zaman newspaper. "It has lost its honest broker position to resolve problems in the region."