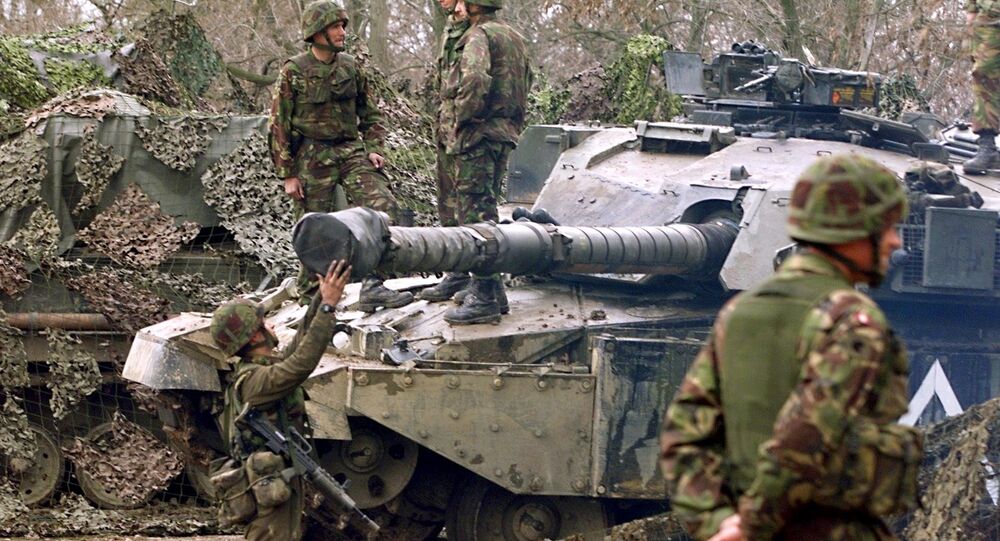 If NATO hadn’t ruined Yugoslavia, the country would be on par with major European powers, US political analyst Phil Butler notes, adding that the dismantling of Yugoslavia was part of the West's bigger plan to convert potential rivals into Third World regions.

Post-World War II socialist Yugoslavia was something of a European success story and it was that prosperity that prompted the Western political establishment to seek the country's dismantling, US political analyst Phil Butler emphasizes.

"Can you imagine Europe today with Yugoslavia as a key player among nations? I can. Yugoslavia was in fact, one of the greatest cultural and human experiments in history. Formed in the crucible that was the conflict in between the Austro-Hungarian Empire and the Ottoman Empire, Yugoslavia melded together people of both cultures, and in ways not seen since the time of Alexander the Great's assimilation of peoples after immense conquest," Butler writes in his article for New Eastern Outlook.

© RIA Novosti . Iliya Pitalev
'Mafia State': Washington Turns Blind Eye to Organized Crime in Kosovo
The political analyst underscores that the state was built on an idea that Southern Slavs should not remain a weak and divided people.

Butler calls attention to the fact that between 1960 and 1980 Yugoslavia boasted one of the most vigorous growth rates in the world with its free medical care and education, a guaranteed right to a job, one-month vacation with pay, decent standards of living and a literacy rate of over 90 percent.

The Yugoslavia GDP in 1991 positioned the country as 24th among world nations, the analyst stresses.

Furthermore, Yugoslavia had been struggling for the Non-Aligned Movement's ideals, summoned by Cuba's Fidel Castro as:

"The national independence, sovereignty, territorial integrity and security of non-aligned countries [in their] struggle against imperialism, colonialism, neo-colonialism, racism, and all forms of foreign aggression, occupation, domination, interference or hegemony as well as against great power and bloc politics."

It was that economic prosperity and ideological independence that caused Western powers to seek to curtail the rapid growth of the European competitor.

"The county could not be allowed to compete with Germany, France, and especially Britain, and the London and Luxembourg bankers could not extract their billions in a socialistic system. Yugoslavia had to die, and the Reagans, the Bush family, and Clintons helped make it happen," Butler narrates, citing Michael Parenti, Visiting Fellow at the Institute for Policy Studies in Washington DC.

© AP Photo / Dimitri Messinis
The Yugoslav Wars: Story of Serbian Genocide Still Remains Untold
Parenti elaborated that Washington's ultimate goal was to transform Yugoslavia into a Third World region. The plan envisaged splitting the nation up, opening its economy to Western corporatocracy and bankers, and dismantling Yugoslavia's industrial sector so that the nation would not be able to compete with Western manufacturers. In this context the Yugoslav population would become  a cheap labor pool.

"Does this strategy sound familiar? Remember the Rand Corporation plan for Syria. Were Ukraine, Donbass, and Crimea understood before the Euromaidan? What is the plan for Russia? This is where the metal meets the meat my friends," Butler emphasizes.

The analyst points out a surprising similarity between the propaganda campaign kicked off by NATO members before launching their deadly strikes against Yugoslavia and their narrative on the eve of the invasion of Iraq or Libya.

© AFP 2020 / Andrej Isakovic
A man walks past a poster with the reading “Ten years of NATO occupation of Serbia”, and displaying images from 1999 NATO air campaign against Serbia and Montenegro, in Belgrade on March 23, 2009.

Butler emphasizes that Bosnia and Herzegovina now ranks 112th economically, and conditions are worsening; Croatia is currently 76th, but Bloomberg names the country one of the ten worst on Earth; Macedonia ranks 130th; Montenegro is 149th among world nations; Serbia is ranked 87th in GDP; Slovenia ranks 81st in GDP.

© Flickr / gingerbeardman
US Gov't Redrawing European Borders According to Its Needs After the Fall of the Soviet Union
As for the Kosovo region, carved out from Serbia, it has lately been labeled as a "mafia state."

"With an unemployment rate of 35 percent, Kosovo is wracked by persistent outbreaks of terrorism, crime, and political violence," US writer Jonathan Marshall notes in his article for Consortiumnews.com.

By no means can former Yugoslavian parts be considered competitors to major EU states.

Furthermore, NATO is swallowing the states one by one. Montenegro began accession talks with NATO on February 15.

"And as I type these final letters, I think about what the courageous and strong people of Yugoslavia might have won had their destinies not been interrupted by outsiders," Butler concludes.