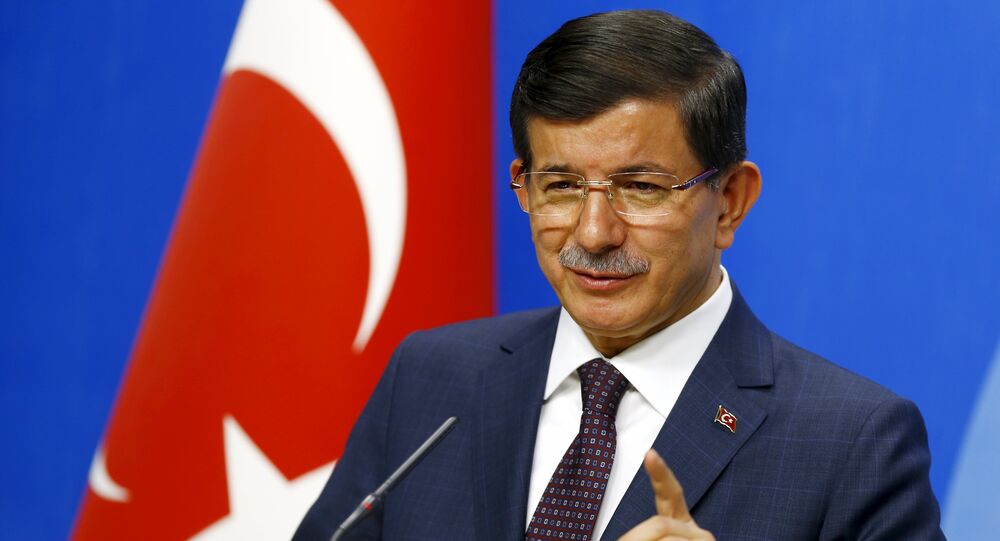 History knows many examples of allies turning into rivals. Nowadays, the international political arena is quite vagarious with nations applying numerous tricks to gain support or demonstrate power.

© AFP 2021 / BULENT KILIC
Turkey Continues Shelling of Northern Syria
Syrian Kurdish militants could apparently drive a wedge between NATO allies with Turkey urging the Obama administration on Saturday to voice irrevocable support to the country in its fight against Syrian Kurdish YPG, which is supported by the US.

The Turkish Prime Minister Ahmet Davutoglu said at a news conference that Turkey is about to tighten security over the country following the recent attack in Ankara. On Wednesday, a car bomb exploded at a military housing complex near the parliament building in the Turkish capital, killing 28 people.

"The only thing we expect from our U.S. ally is to support Turkey with no ifs or buts," Davutoglu told journalists after a five-hour security meeting.

Turkey insists that the Syrian Kurdish YPG battling Daesh in Syria was embroiled in the bombing and was backed by the outlawed Kurdistan Workers Party (PKK).

Washington doesn't take responsibility to confirm or deny Ankara's allegations towards YPG involvement in the bombing.

"If 28 Turkish lives have been claimed through a terrorist attack we can only expect them to say any threat against Turkey is a threat against them," Davutoglu added.

A row that could erupt between Turkey and the US may determine further state of affairs in the region as Washington continues to hold negotiations with Syrian ally Russia to implement a "cessation of hostilities".

© Flickr / U.S. Department of Defense
Turkey Fears Alienating US by Restricting Access to Incirlik Airbase
The Kurdistan Freedom Falcons (TAK) militant group allegedly having ties with the PKK said Friday it was responsible for the Wednesday's attack in Turkey's capital Ankara. But Davutoglu stated that YPG might be involved in the attack as it has repeatedly called TAK a "proxy" that claimed the responsibility for the bombing to protect the reputation of the Syrian Kurdish militia.

On Friday, Obama and Erdogan had a phone call during which the US President expressed concern over the conflict in Syria and urged Ankara to exercise restraint, ceasing artillery strikes in the area.

The US State Department echoed Obama saying that the country will carry on backing Syrian militants, a possible reference to the YPG, that fight against Daesh in the region.