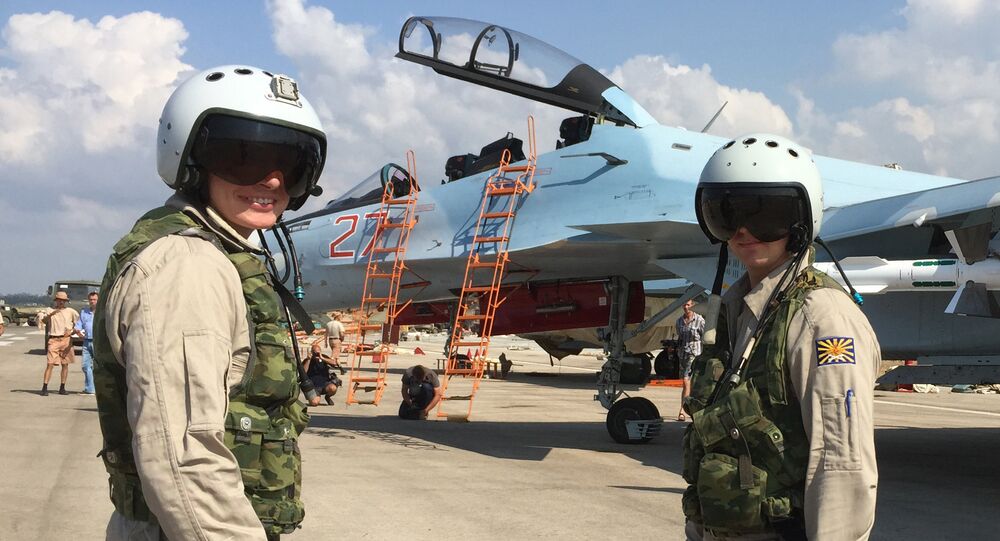 The Obama administration can no longer sit on two chairs when it comes to Syria: Washington will either have to join forces with Moscow and Damascus in their anti-Daesh efforts or will have to commit to ousting Bashar al-Assad, as Turkey and Saudi Arabia have long advocated, editor and critic Patrick Smith wrote for The Fiscal Times.

"It starts to look like truth time for the Obama administration. Its intentions in Syria – defeat [Daesh] or oust Assad – have been a blur for nearly two years, and this trick's now part of the problem, not the solution," he noted.

Smith argues that the situation has dramatically changed after the long-awaited Geneva peace talks failed to produce any results. To a certain extent, they failed since the Saudi-backed umbrella opposition group "left town because it's losing the war – the war against Assad, of course, not [Daesh]."

© REUTERS / Khalil Ashawi
The Best is Yet to Come: Syrian Army Advancing Toward City of Idlib
This was not the intended outcome for the US. Geneva talks, according to the expert, were meant to serve as "the proving ground for [Washington's] contention – or pretense – that there are 'Syrian moderates' worthy of backing in their fight against [Daesh], or the Bashar al-Assad government in Damascus, or both."

The reality turned out to be different: so-called moderate Syrian rebels are an artificial concept. As a result, the Obama administration, as Smith puts it, "has painted itself into a tight little corner."

© Sputnik / Dmitry Vinogradov
Russian aircraft at the Hmeymim Air Base in Syria.

Meanwhile, the facts on the ground in Syria have changed dramatically.

"First, the Syrian Arab Army, with Russian air support, is now winning the war," the expert noted. "As of last week the SAA was reported to be within four or five kilometers of Aleppo, Syria's largest city. There's no more pretending on this point."

Second, Saudi Arabia and Turkey are increasingly active in the region. Last week, the former voiced its readiness to take part in a ground operation in Syria if the US-led coalition decides to launch one. Meanwhile, Ankara has long been rumored to be preparing for a ground offensive in northern Syria.

Both countries claim that they are fully committed to tackling Daesh, but their true motives are different. Riyadh wants to provide additional backing to Islamist groups it has long supported, while Ankara plans to crack down on the Kurds outside Turkey and assist rebels in Latakia.