Are the Middle Eastern realms heading for a new war for oil? Saudi Arabia, Turkey and Qatar are interested in maintaining control over Syria's and Iraq's oil wells.

The world is about to be dragged into a new oil war in the Middle East, American-German researcher, historian and strategic risk consultant F. William Engdahl predicts.

"It is on one level, a Saudi war to redraw the national borders of the infamous Anglo-French Sykes-Picot carve up of the bankrupt Ottoman Turkish Empire of 1916. This war has as its foolish goal bringing the oil fields and pipeline routes of Iraq and Syria, and perhaps more of the region, under direct Saudi control, with Qatar and Erdogan's Turkey as Riyadh's partners in crime. Unfortunately, as in all wars, there will be no winners," Engdahl writes in his piece for New Eastern Outlook. 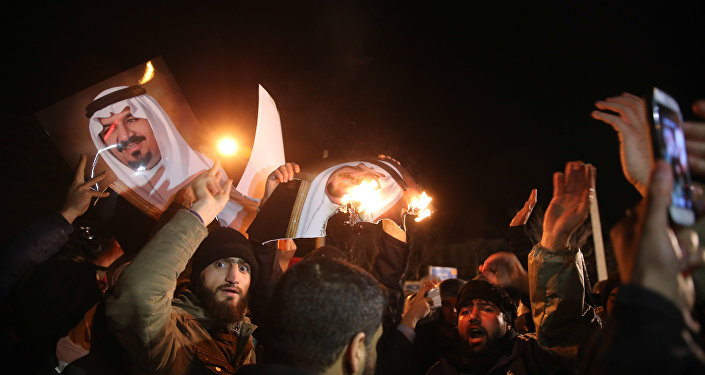 © AFP 2019 / ISNA / MOHAMMADREZA NADIMI
Signs of Hope: Iran Unlikely to Initiate Direct Conflict With Saudi Arabia
Who will play this "four-dimensional" chess? According to the author, there are at least four groups of actors. The first group consists of the Wahhabi Sunni Kingdom of Saudi Arabia under King Salman, the Erdogan regime, Qatar and their numerous Islamist proxies including Daesh and al-Qaeda affiliates.

The second group comprises Syria under the rule of Bashar al-Assad, Shiite Iran and their allies in the region. The third actor is Netanyahu's Israel which pursues its own interests despite it has recently concluded "public strategic alliances" with both Ankara and Riyadh. The last but not the least, is the group of the US-led NATO powers, which have their own vested interests in the ongoing geopolitical game, according to the researcher.

Engdahl notes that Russia's involvement in the Syrian crisis has obviously brought the "game" to a new level: Syria has obtained an opportunity to preserve its sovereignty due to Moscow's support. 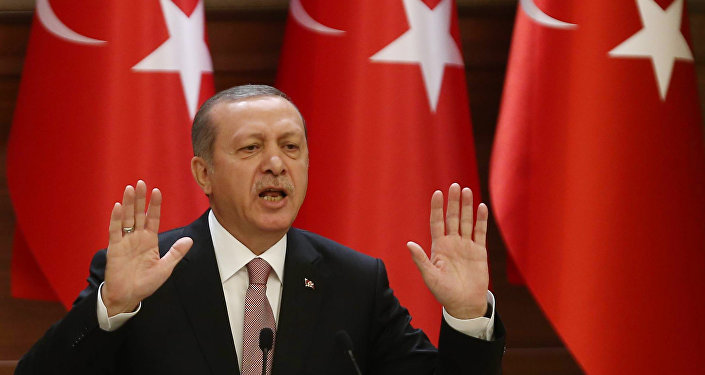 © AFP 2019 / ADEM ALTAN
Blame Shifting: Erdogan Accuses Russia of Not Fighting Daesh, Wanting to Turn Syria Into Microstate
"Erdogan's Turkish military and most especially his Turkish intelligence, MIT, headed by close crony, Hakan Fidan, is playing a key role in the planned Saudi-Turk-Qatari coalitions move to destroy the regime of Assad and at the same time seize control for them of the rich oil fields of Iraq between Mosul and Kirkuk," the researcher underscores.

According to the historian, Resolution 2254 (2015) (Endorsing Road Map for Peace Process in Syria, Setting Timetable for Talks) unanimously adopted on December 18, 2015 by the UN Security Council members contains a potential "loophole" for Islamists.

The Resolution calls for an immediate ceasefire in Syria of all signatories, obviously excluding Daesh and al-Qaeda affiliates which do not subordinate to UN orders.

The Resolution 2254 "requests the Secretary-General to lead the effort, through the office of his Special Envoy and in consultation with relevant parties, to determine the modalities and requirements of a ceasefire as well as continue planning for the support of ceasefire implementation, and urges Member States, in particular members of the ISSG [the International Syria Support Group], to support and accelerate all efforts to achieve a ceasefire, including through pressing all relevant parties to agree and adhere to such a ceasefire." 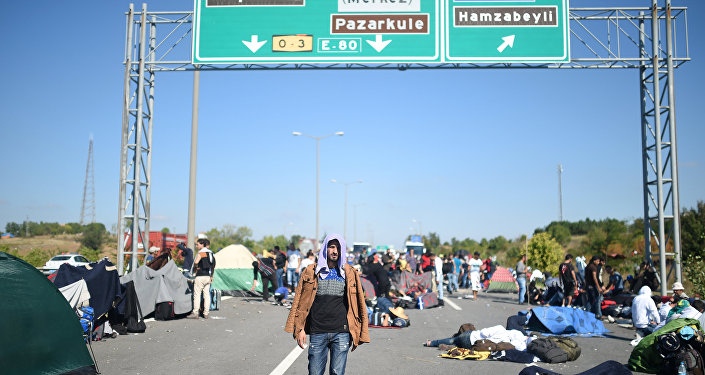 © AFP 2019 / BULENT KILIC
Reaping the Whirlwind: Migrant Crisis Stems From EU, Turkish 'Errors' in Syria
In an interview to The New Yorker on December 19 following the vote in the UN Security Council Iranian Foreign Minister Mohammad Javad Zarif underscored that "it is important for everybody to insure that the process will go on, that the ceasefire will hold." "Of course, there is no ceasefire against Daesh [the Islamic State], Jabhat al Nusra [al-Nusra Front], and al-Qaeda," Zarif added.

However, according to Engdahl, once the ceasefire came into force, Turkey and Saudi-backed Islamists would grasp an opportunity to regain control and seize the oil riches of Syria and then of northern Iraq, thus splitting and ultimately balkanizing the countries.

Would Syria and Iran be able to prevent such a scenario? Would the ceasefire serve as a "prologue" to a new phase of the Middle Eastern unrest? Would the new transitional government include Syrian President Bashar al-Assad? These questions remain unanswered.