Representatives of the US State Department are holding consultations with a number of countries, including Japan, on drafting new sanctions against North Korea after Pyongyang’s suspected hydrogen bomb test, media reported Friday. 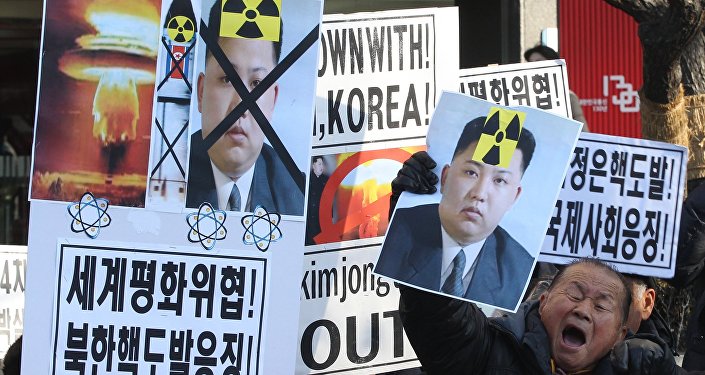 © AP Photo / Ahn Young-joon
Axis of Hostility? US Rejected North Korea’s Offer to Suspend Nuke Tests
TOKYO (Sputnik) — On Wednesday, Pyongyang announced it had carried out the first test of a hydrogen bomb. The allegation has not yet been confirmed. Following the announcement, the UN Security Council said it would begin work on anti-Pyongyang measures in a new resolution.

"The United States drafted [sanctions] and launched consultations with the parties involved. Japan’s stance had been announced to the United States before sanctions were drafted," a source in the Japanese Foreign Ministry said, as quoted by the Kyodo news agency.