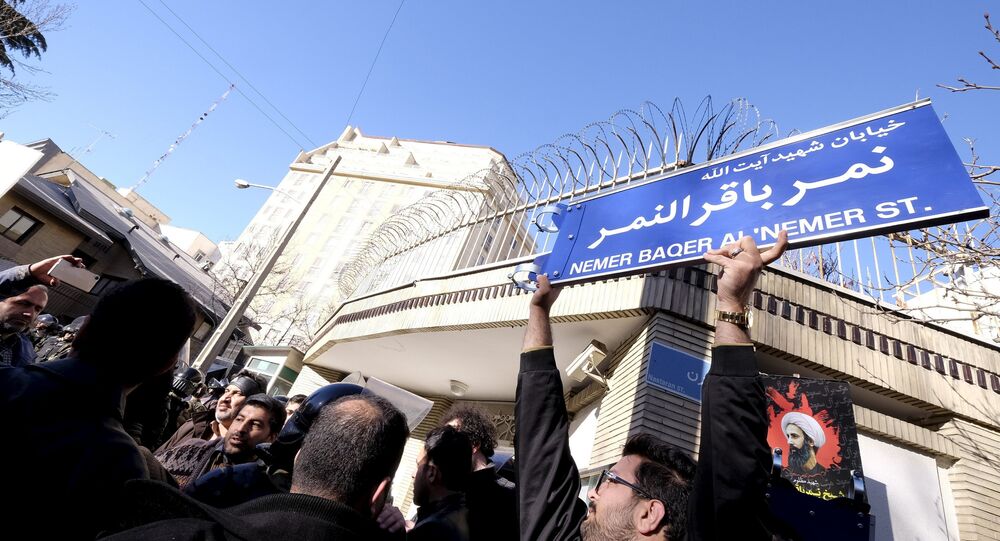 Washington plans to exit from the Middle East region as the long-term struggle for supremacy in the existing power vacuum between Sunni Riyadh and Shiite Iran escalates further, newspaper Christian Science Monitor wrote.

A furious Iranian mob set fire to the Saudi embassy in Tehran over Sheikh Nimr’s death, prompting Riyadh to dissolve diplomatic ties with Iran. On Monday three Sunni-led Gulf states followed the Saudi’s lead by either cutting off or reducing diplomatic relations with Tehran.

“But heightened tensions and a prolonged diplomatic standoff along the region’s Sunni-Shiite divide would set back US interests – chief among them the battle against the Islamic State (Daesh) and violent Islamist extremism generally,” noted the publication.

“The Obama administration’s aim all along has been to reduce American involvement in the region and turn attention elsewhere, but that approach is having the effect we’re seeing now: heightened tensions between these two geopolitical rivals in a way that poses a serious threat to US interests,” Simon Henderson, director of the Gulf and energy policy program at the Washington Institute for Near East Policy said.

The Saudis are disappointed because they feel that Tehran has been able to attack the Saudi Arabian embassy because of Washington's desire to implement the agreement on the Iranian nuclear program, the expert added.

“As a consequence they see Iran’s regional power being enhanced, and without the US to fall back on they feel they have to react,” the Christian Science Monitor quoted Henderson as saying.

A political scientist from the Heritage Foundation, James Phillips, also believes that Washington’s neutrality has exacerbated tension between Saudi Arabia and Iran.

According to the analyst, US foreign policy has focused on pivoting away from the Middle East and in the process turned things over to the Iranians and that is seriously scaring Riyadh.