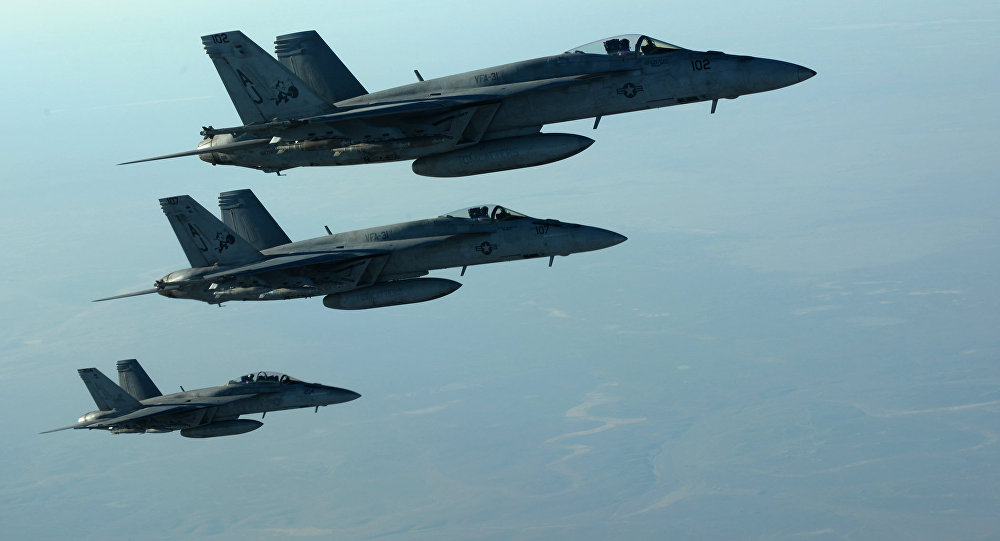 Washington's policy in Syria and Iraq is bound to fail, US author Peter Van Buren believes; the 24-year veteran of the State Department calls attention to the fact that the US-led coalition has nearly fallen apart at the seams since no one wants to fight America's wars for American goals.

Washington's bankrupt foreign policy of "other-than-American boots on the ground" in Syria has borne its fruit: the much-talked-about US-led anti-Daesh coalition is falling apart at the seams, US author and the State Department veteran Peter Van Buren points out.

"The idea of seeing other-than-American boots on the ground, like Washington's recently deep-sixed scheme to create some 'moderate' Syrian rebels out of whole cloth, is attractive on paper. Let someone else fight America's wars for American goals. Put an Arab face on the conflict, or if not that at least a Kurdish one (since, though they may not be Arabs, they're close enough in an American calculus)," Van Buren writes in his recent article for TomDispatch.com.

The US coalition has brought together ill-assorted allies: the Turks, the Kurds, the Shiites and Saudi Wahhabi Sunnis. Needless to say, each party involved in the coalition is pursuing its own political goals in the Middle East, instead of eliminating Daesh insurgents.

The US author continues that it is believed in Washington that "the Arabs" (a handful of Persian Gulf states and Jordan) "should logically be demanding the chance to be deeply engaged in the fight."

The situation on the ground proves otherwise.

The coalition's headliner, the United States, has carried out almost 90 percent of the airstrikes against Daesh in Syria and Iraq. And it is hardly surprising. While Washington is waging war in Iraq and Syria, Saudi Arabia along with the UAE, Kuwait, Bahrain and Qatar have got bogged down in Yemen.

© REUTERS / Esam Omran Al-Fetori
Libyan Saga: UAE and Qatar Fighting for Gaddafi's Legacy
Van Buren draws attention to the fact that Gulf monarchs regard Daesh as a "devil not so black, as it is painted": the emergence of Shiite Iraq prompts far more concerns in Riyadh and Doha than radical Sunni Islamists in Syria do.

It is also no secret that some generous Gulf sponsors have long been funding Sunni extremists in the region.

Remarkably, back in 2009 then-Secretary of State Hillary Clinton wrote in a classified message (now leaked by WikiLeaks) that Saudi donors are the "most significant source of funding to Sunni terrorist groups worldwide," Van Buren underscores.

Much in the same vein Ankara is turning a blind eye to the flow of arms and would-be Daesh fighters in Syria through the Turkish-Syrian border. While terrorists are gaining ground in Syria and Iraq, the Turkish leadership is benefitting from oil smuggling from Daesh-controlled territories.

Furthermore, the Turks have even gone so far as to invade northern Iraq.

It seems that Washington is not bothered by Turkey's maneuvers. It took Ankara's side after the Turkish F-16 shot down the Russian Su-24 bomber in the Syrian skies. The White House also remains mute on Ankara's repeated bombing of the Kurds in Syria.

​"As with so many situations in the region, the details are murky, but the bottom line is the same: the Turks' aims are their own and they are likely to contribute little either to regional stability or American war aims," the former US official remarks.

"Not only will the Kurds not fight America's battles in parts of the region, no matter how we arm and advise them, but it seems unlikely that, once in control of extended swaths of northern Iraq and parts of Syria, they will simply abandon their designs on territory that is now a part of Turkey," he stresses.

The Kurds may eradicate Daesh but only within the boundaries of a "future Kurdistan," not in the heartlands of Syria and Iraq.

As for the Iraqi Shiite militias, which are "quietly seen by some in Washington" as an anti-Daesh force, they have currently announced their protest against any further deployment of the US military personnel in Iraq. The truth of the matter is that the Shiite militias do not trust Washington.

© AP Photo /
Daesh Gaining Ground in Afghanistan: Who Benefits From Islamist Advance?
Van Buren quotes the militias' spokesperson who stated: "We will chase and fight any American force deployed in Iraq. We fought them before and we are ready to resume fighting."

Since the US-led coalition by no means is a monolith force, the results of its year-long campaign in the region are poor.

"The stark reality is that no one there — not the Gulf states, not the Kurds, not the Turks, not the Sunnis, nor even the Shia — is fighting for Iraq and Syria as the US remembers them," Van Buren notes.

"Washington's policy in Syria and Iraq is bound to fail, no matter who does the fighting," the States Department veteran concludes.

Stop Buying Daesh Oil and It Will Be Gone - Italian Politician