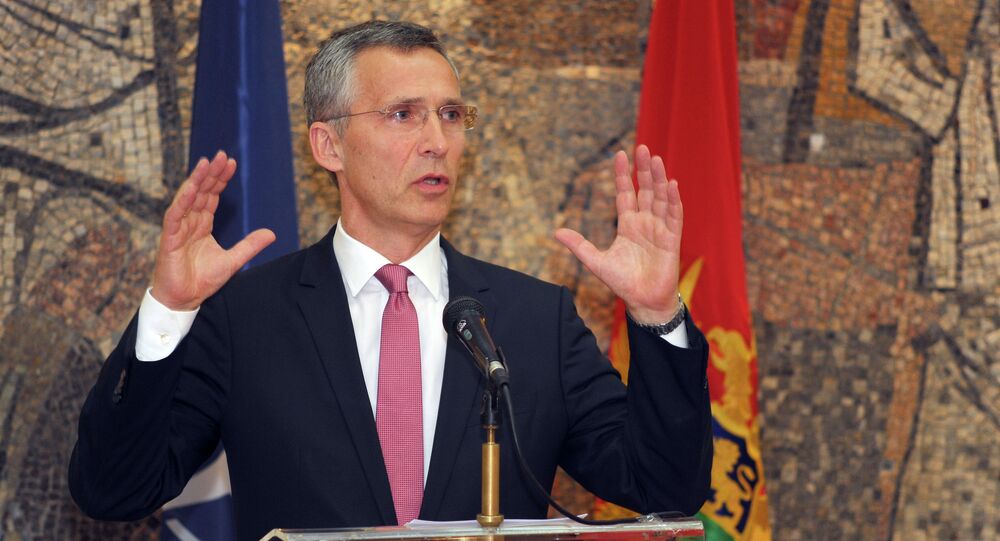 The downing of the Russian Su-24 by Turkish fighter jets and NATO's reaction to the incident have demonstrated clearly the misuse and misquotation of international law by apologists for the US and its allies, Australian-based Barrister at Law James O'Neill stresses.

Ankara is trying to justify its attack on the Russian Su-24 jet by citing Article 51 of the UN Charter, which stipulates that the country can defend itself in the event of an armed attack; but does the article apply to the downed Su-24 case, Australian-based Barrister at Law James O'Neill asks.

"Article 51 of the UN Charter provides that a country may defend itself against armed attack. It has been held in multiple international law cases that the attack must be actual or imminent. Even then, the response must be proportionate to the threat," O'Neill explains in his article for New Eastern Outlook.

"Not even the Turks have claimed that they were being attacked by the Russian fighter-bomber, or that an attack was imminent," the Australian lawyer stresses.

© Flickr / UK Ministry of Defence
Make No Mistake: Su-24 Downing by Turkey a 'Clear Act of War' – US Author
So, was it reasonable enough to shoot down a non-threatening Russian aircraft, even if it had entered the Turkish space for 17 seconds as Ankara is claiming? No, it wasn't. The Turkish actions cannot on any reasonable interpretation of international law be justified, O'Neill states.

But that is not all. There was also the so-called Turkmen (or Turkoman) militia that killed one of the two Russian pilots as they parachuted down from the damaged plane.

"One such ludicrous defense of the Turkmen militia came from a US government spokesman who when asked about the shooting of the pilot from the downed Russian jet said that the Turkmen militia 'were entitled to defend themselves'," the lawyer continues.

"This would be almost funny were it not for the alarming ignorance of international law that such a remark displays," he highlights.

O'Neil cites Article 42 of the Geneva Conventions of 1949 and Protocol 1 of the 1977 amendments to the Conventions, as saying:

© REUTERS / Kayhan Ozer/Handout via Reuters
Time to Kick Turkey Out of NATO? Ankara Playing Dangerous Games With ISIL
The Russian pilot, murdered in cold blood by the Turkmen militia, did not have this opportunity, the lawyer points out.

O'Neill specifically calls attention to the fact that both Turkey and the US have signed and ratified the aforementioned agreements.

Furthermore, the lawyer suggests that Turkey would not (as a member of the US-led NATO bloc) have risked a war with Russia "unless it had the backing of the US government."

"The real reason for the shoot down therefore had nothing to do with self-defense. Some inferences as to the real motives may be drawn from the available evidence. Turkey was outspokenly angry about Russian military fighters and bombers attacking militias whom Turkey supported as part of the ambition to overthrow the Assad government. The Turkmen who killed the pilot and then another Marine in a helicopter coming to the rescue are just such a Turkish controlled militia," O'Neill elaborates.

The Russian two-month military operation in Syria, carried out in response to the official request of the legitimate government of Syria, has been "devastatingly effective," in contrast to "pseudo-efforts" made by the US-led anti-ISIL coalition in Syria and Iraq.

O'Neill underscores that for the first time in more than three years the Syrian Arab Army has regained the initiative on the ground. The Turkish leadership, that has long been supporting ISIL militants along with Saudi and Qatari benefactors, apparently planned to throw a wrench in Russia's successful campaign. According to the lawyer, Washington could have been well-informed about the upcoming provocation.

Predictably, the US and NATO are trying to cover up the Turkish crime, referring to international law.

"It is the latest illustration of where criminal acts carried out in pursuit of geopolitical objectives are given the courtesy of not even being discussed in the mainstream media. Instead, prominence is given in the media to ludicrous and self-serving statements by politicians and their official spokespersons," O'Neill concludes.