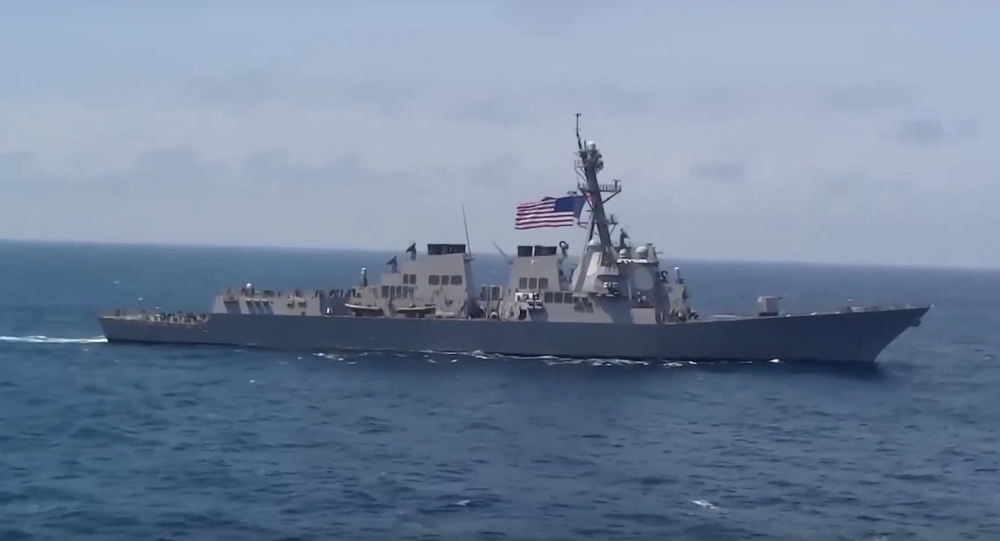 Beijing vowed a resolute response to any intended provocation after the USS destroyer Lassen "illegally" entered the waters of the South China Sea near disputed islands.

"China strongly urges the U.S. side to conscientiously handle China's serious representations, immediately correct its mistake and not take any dangerous or provocative acts that threaten China's sovereignty and security interests," the Chinese Foreign Ministry said in a statement.

The US sent guide-missile destroyer USS Lassen to pass some 12 nautical miles from Subi Reef in the Spratly Islands on Tuesday morning.

© AFP 2020 / POOL / RITCHIE B. TONGO
Japan in Close Contact With US on Warship Patrols of Spratly Islands
Washington dispatches its naval patrols to uphold the US Freedom of Navigation program ensuring free flow of commerce. The international nautical law allows countries to claim possession of a 12-nautical-mile area around an island but artificial creations are not listed in the regulation.

Beijing had labelled the move as muscle-flexing and had advised Washington to think twice before sending the ship. Nevertheless, the destroyer carried its "transit", and the Chinese authorities followed, monitored and warned the vessel.

In late 2013 China started a massive dredging activity to create artificial islands in the region. Washington anticipates that Beijing is building military facilities, whereas Chinese leader Xi Jinping assured Barack Obama that there was "no intention to militarise" the islands.

US Secretary of Defense Ashton Carter said Washington "will fly, sail, and operate wherever the international law permits, and we will do that at the times and places of our choosing, and there's no exception to that."

Countries located in and around the areas of the South China Sea, including the Philippines, Malaysia and Vietnam, have expressed competing claims to the disputed Spratly Islands.