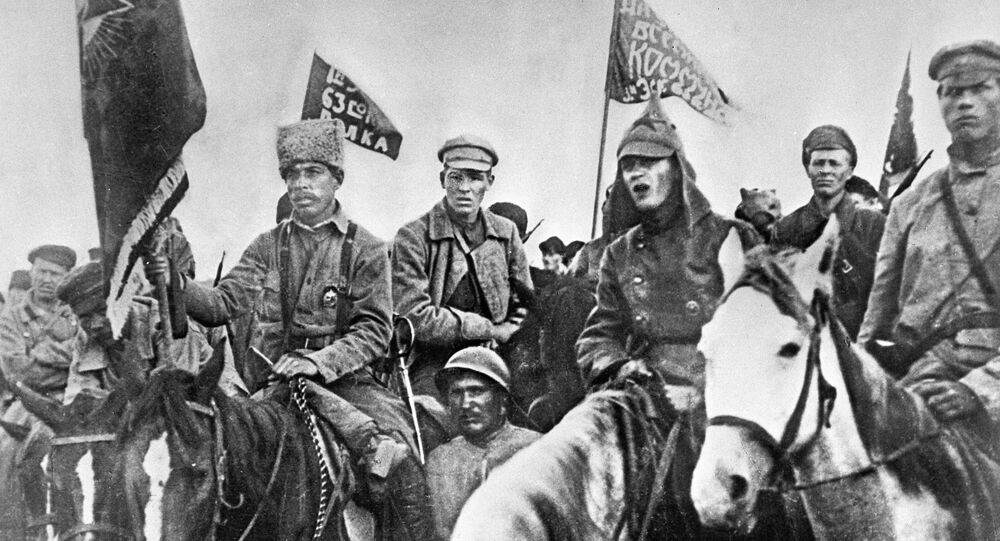 The incident with Ambassador Andreyev has indicated that Warsaw is unwilling to shed light on some inconvenient historical episodes, keeping them swept under the carpet. Unsurprisingly though, the story of tens of thousands of Soviet prisoners of war who died from hunger and torture in Polish captivity remains largely untold.

On July 28, 2000, the Memorial commemorating Polish officers and Soviet civilians executed by the NKVD (the People's Commissariat for Internal Affairs) personnel in the early 1940s was erected in Russia, 20 kilometers from the center of Smolensk, between the villages of Gnezdovo and Katyn, in the so-called "Katyn forest."

However, it is only a part of the story: in contrast to the Russian Federation, Poland is still unwilling to erect a monument commemorating tens of thousands of Soviet POWs who died in Polish captivity in the 1920s.

"By early 1920, Soviet armies had defeated their principal internal foes, but they still faced an external enemy in the western border-lands of Russia. This was the Polish Government of Jozef Pilsudski, Head of State and Commander-in-Chief of the army. Pilsudski was an ambitious man and an ardent nationalist who sought to regain the Polish frontiers of 1772 and re-establish Poland as a Great Power," Canadian Professor Michael Jabara Carley of the University of Montreal narrates in his essay "Anti-Bolshevism in French Foreign Policy: The Crisis in Poland in 1920."

© Photo : Press-service of the Russian Embassy in Poland
Polish Controversy: How Accurate Were Ambassador Andreyev's Comments?
The Polish leader had quarreled bitterly with Czechoslovakia and fought for territories with both the Lithuanians and Galicia's Ukrainians. The historian pointed out that in early 1919 Pilsudski had made substantial territorial gains while the Bolsheviks were fighting in the civil war.

In April 1920, the Polish Army kicked off a large-scale offensive and grabbed Kiev (Ukrainian Soviet Republic) in early May.

"But success was short-lived, as the Red Army launched a powerful counter-offensive, forcing the Poles to surrender Kiev and then throwing them back westward in headlong disorder," the Canadian historian proceeded with his narrative.

In order to support Warsaw, France poured hundreds of millions of francs into Poland.

At a cost of some 350 million francs, Paris trained and equipped the seventy to eighty thousand men of Jozef Haller's Army which had been deployed in Poland after the First World War. The French government also sent a large military mission to Poland comprising six hundred instructors and advisors.

However, "the Polish retreat did not halt until the middle of August [1920] at the outskirts of Warsaw, where the Red Army was defeated and in its turn driven back," the Canadian historian underscored.

On March 18, 1921, the Treaty of Riga was signed between Poland, Soviet Russia (acting also on behalf of Soviet Belarus) and Soviet Ukraine.

In accordance with the treaty, Poland gained a territory of over 200,000 square km that belonged to Western Ukraine and Western Belarus, with a population of four million people and over one million residents, respectively. It is worth mentioning that only 15 percent of the population living in these territories was ethnically Polish).

In addition, the aforementioned territories of Soviet Ukraine and Soviet Belarus were then returned to the USSR's republics under the provisions of the so-called Molotov-Ribbentrop Pact after the Polish government fled the country in early September 1939 (following Nazi Germany's invasion).

© AP Photo
Untold Story of Molotov-Ribbentrop Pact: Why USSR Inked Non-Aggression Treaty With Hitler
During the Polish-Soviet war over 150,000 Soviet military servicemen became prisoners of war and were held in Polish POW camps. The camps were located in Strzalkowo, Pikulice, Wadowice, and Tuchola.

Professor Gennady F. Matveyev of Moscow State University carried out thorough research on the matter and published the book "Polskiy Plen" ("The Polish Captivity") which sheds light on this controversial historical episode.

Citing Russian and Polish archival documents the professor underscores that Poland had captured up to 206,877 Red Army soldiers, while 60,000 to 83,500 died in captivity due to unbearable living conditions, poor nutrition, torture and disease.

In his memorandum of September 9, 1921 to the Polish Embassy in Moscow, Head of the People's Commissariat of Foreign Affairs of RSFSR (Soviet Russia) G. Chicherin called attention to the fact that "…within two years 60 thousand Russians died in Poland." However, Warsaw remained suspiciously silent on the matter.

Wounded Soviet soldiers captured by the Polish Army were often left to die on the battle field. Many captured Red Army soldiers died of cold and hunger while being transported to the Polish concentration camps. Upon arrival to the camps they were subjected to torture, humiliation and mistreatment. They died by the thousands: Poland ignored the Geneva Conventions.

"The torture and humiliation that Russian prisoners were subjected to made privates of the Polish Army shudder with horror, but the officers in one voice advocated 'destroying the Red dogs, the Russian occupants'. The attempts of the Russian command to provide appropriate treatment to [Soviet] POWs were ignored by Warsaw. Our country's attempts to alter the situation by asking for the help of the League of Nations and Poland's neighbors also proved fruitless."

© AP Photo
The Munich Betrayal: How Western Powers 'Sold' Czechoslovakia to Hitler
Needless to say, Warsaw is still unwilling to admit any wrongdoing.

Polish historian Zbigniew Klemens Karpus insists that the number of Soviet POWs amounted to 80,000-110,000 people. Since 65,000 to 70,000 former Soviet troops returned to Russia in accordance with the Riga Treaty (while several thousand defected to Poland) there were just 18,000 who died from hunger and mistreatment in Polish captivity.

However, the devil is always in the details. Documents stored in Poland's Central Military Archive (CAW) proved otherwise, Professor Matveyev pointed out, slamming Karpus for his inaccuracy. Polish secret military reports indicated that the number of captives exceeded 150,000.

"In September 1998, Russia's Procurator General Yuri Chayka sent a letter to Poland's minister of justice demanding an official inquiry into the deaths of Russian soldiers captured during the Polish-Soviet war of 1919-1921. The letter asserted that 83,500 internees had died "in Polish concentration camps as a result of cruel and inhuman conditions," Benjamin B. Fischer, then member of the History Staff of the CIA's Center for the Study of Intelligence, reported in 2000, adding that Poland "rejected the allegation."

In October 2014, the Russian Military Historical Society addressed the Polish government requesting permission to erect a monument dedicated to deceased Soviet captives at Krakow's Rakowicki Cemetery, according to RIA Novosti. The initiative prompted fierce protest from the Polish government: Poland's Foreign Minister Grzegorz Schetyna branded it as a "provocation." So far, the plea of the Russian Military Historical Society was dismissed.

There is a lot of controversy surrounding the history of Russo-Polish relations. It seems that to establish fruitful and mutually beneficial collaboration the countries should conduct a fair and unbiased investigation into the controversial matters.