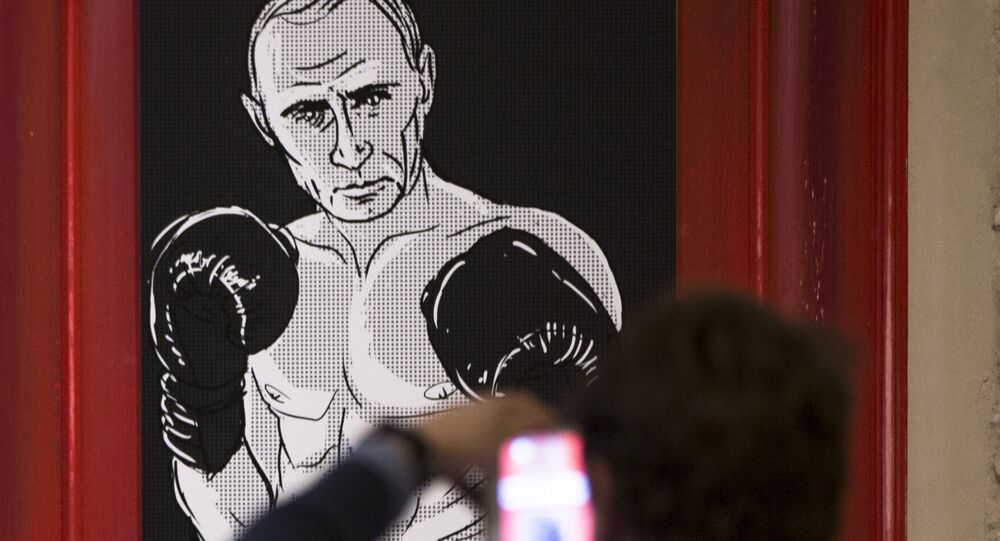 Putin Becomes Most Important Piece in the Global Game of Chess

Vladimir Putin's influence in the world is increasing and this trend fits well into the centuries-old tradition, French writer and essayist Jean-François Colosimo noted in an interview with FigaroVox.

Russia's nascent aerial campaign in Syria is a major milestone in this process. Putin opted for an active engagement in the Middle East, according to Colosimo, since it corresponds to his geopolitical worldview.

The Russian president "firmly adheres to the Westphalian sovereignty principle. He is protecting the traditional system centered on sovereign nation states, which take priority over political regimes, NGOs or supranational institutions. By supporting Bashar al-Assad, whom Putin sees as the only legitimate leader in Syria, the Russian president is protecting this concept of world order," the French writer explained.

© Sputnik / Alexei Druzhinin
Putin's Decisive Actions in Syria Enhance His Image in US
Putin is also committed to the Russian diplomatic doctrine outlined centuries ago for the Mediterranean and the East.

The French writer also maintains that Vladimir Putin perceives the West as a threat.

"The sheer logic of the bipolar world, which leads to a structured confrontation between the East and the West, supports this view. In Putin's eyes, the United States has continued to act against Russia after 1989 and the fall of the Berlin Wall. Washington has tried to neutralize Russia through economic isolation via instruments of financial capitalism and NATO's military means," he explained.

The United States had an opportunity to change its approach towards Russia following the end of the Cold War. Washington chose a different path.

"The US still considers Russia to be its archenemy. At any rate Americans see a potential in Russians that they think they have to contain to prevent Moscow from becoming a key player in the international arena," Colosimo asserted, adding that Washington is primarily concerned with Russia's nuclear arsenal.

The French writer is convinced that this is the primary reason why Washington has embarked on its recurring demonization campaign of Moscow.

Recipe For Success: Putin Knows Who His Allies and Enemies Are