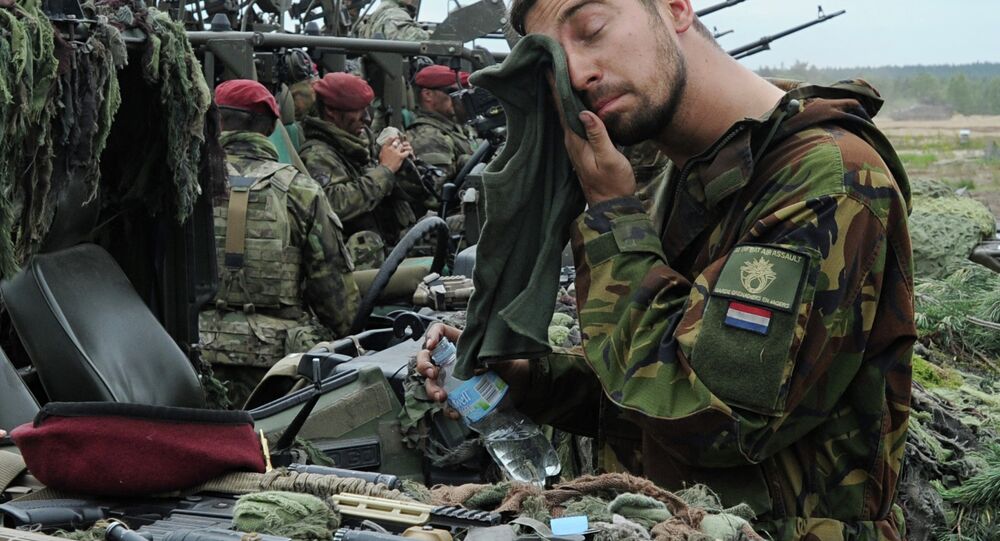 Russian involvement in Syria made NATO lose its positions in the Middle East and weakened the alliance, DWN wrote.

Russia's sudden military operation in Syria caught NATO off guard, DWN wrote. Even the New York Times admitted that NATO is weakened, but struggling to make an impression that it still is influential in the region.

According to DWN, NATO’s problem is the agreement between Russian President Vladimir Putin and US President Barack Obama to cooperate in Syria.

© AFP 2020 / Nikolay Doychinov
NATO Claims Russian Airstrikes in Syria Caused Civilian Casualties, Did Not Target ISIL
The newspaper referred to a phone call between US Secretary of State John Kerry and Russian Minister of Foreign Affairs Sergei Lavrov that took place Thursday. The two foreign ministers spoke about possible resolution of the Syrian crisis, the need to prevent accidents in the Syrian airspace as well as coordination of efforts in the fight against ISIL and other terrorist groups.

NATO has nothing to do but to watch the situation from the side. That is why it seeks to at least show its strength in the Baltics, deploying its military advisers there.  However, a few hundred military experts will not particularly impress Russian President Vladimir Putin, DWN wrote.

According to the newspaper, NATO leadership has apparently lost its track and does not have any clear picture of how the complicated relationship between the alliance and Russia will develop.