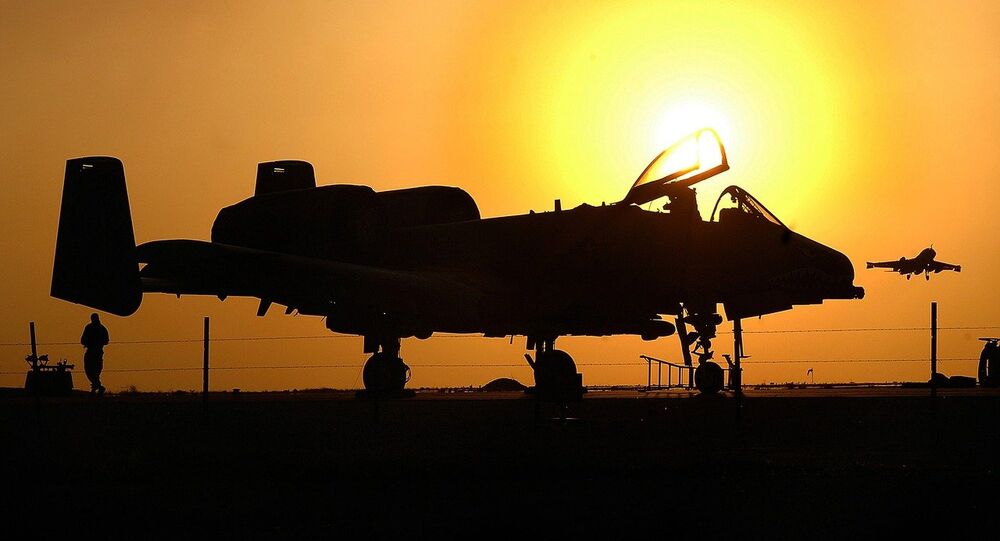 Democratic presidential candidate Bernie Sanders opposes applying a unilateral US no-fly zone in Syria, saying that it may lead to a never ending US entanglement in the region.

Sanders asked American officials to stop interfering in the Arab country because it is making the situation there worse.

“I oppose, at this point, a unilateral American no-fly zone in Syria, which could get us more deeply involved in that horrible civil war and lead to a never-ending US entanglement in the region,” Sanders said in a statement to The Washington Post on Saturday.

© AP Photo / Michael Dwyer
Bernie Sanders: Keep Your Cool, Stay On-Message, and the US Media Will Keep Pretending You Don't Exist
Sanders said that US meddling in the Syrian conflict could worsen the crisis, resulting in more deaths of civilians.

“We must be very careful about not making a complex and dangerous situation in Syria even worse,” he said.

Sanders’ announcement has put him in line with President Barack Obama. But Hillary Clinton, his main rival for the Democratic presidential nomination has expressed opposite views.

In a television interview on Thursday, Clinton, who served as Obama’s secretary of state, publicly broke with the Obama administration and promoted additional air power to protect civilians.

“I personally would be advocating now for a no-fly zone and humanitarian corridors to try to stop the carnage on the ground and from the air,” Clinton said.

Syria has been engrossed in war since March 2011. The United States and its regional allies — especially Qatar, Saudi Arabia and Turkey — have been supporting the militants operating inside Syria since the beginning of the crisis.

According to American journalist Don DeBar, “They [American officials] have termed their invasion, a rebellion, a civil war,” he stated.

“These are the people from other countries that are on tour, they were in Libya, they have been elsewhere in North Africa and the Middle East, and they will be going somewhere else once they are finished in Syria too,” he stated.

He noted that Russia on the other hand is acting in coordination with the Syrian government to defend Syria from a US-led invasion.