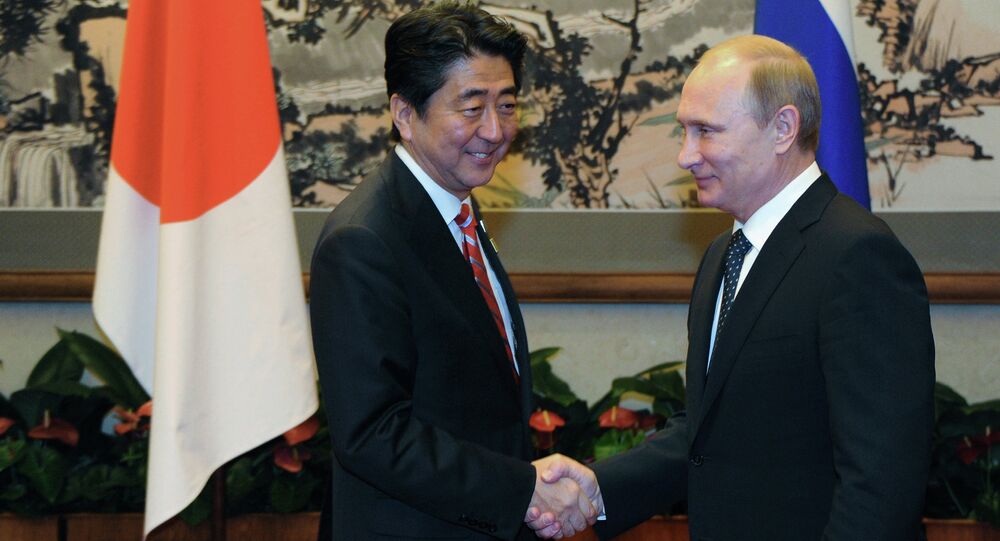 Japanese Prime Minister Shinzo Abe and Russian President Vladimir Putin agreed to step up negotiations on a mutually acceptable solution to their countries' territorial dispute, a spokesman for the Japanese Foreign Ministry said following a meeting between the two leaders.

"The meeting lasted 40 minutes, the discussion was frank and very diverse and meaningful. They discussed three points, one of them was territorial issues. First of all, Russia and Japan agreed to move forward negotiations on a peace treaty to find a mutually acceptable solution," ministry spokesman Yasuhisa Kawamura told RIA Novosti.

Japan and Russia have never signed a permanent peace treaty following the end of World War II because of a disagreement over four islands, which Russia calls the Southern Kurils and Japan the Northern Territories.

All of the Kurils have been administered by Russia since the end of WWII, but the Japanese government still lays claim to Iturup and three other islands.

Friendly Relations With Japan Should Not Involve Kurils Dispute