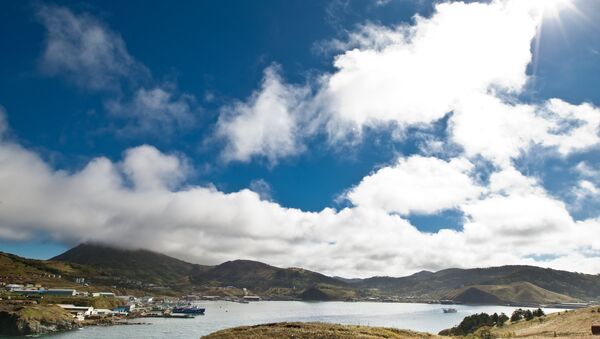 Tokyo intends to continue its dialogue with Russia to settle the Kuril Islands dispute through a solution that would be acceptable to both sides, Japanese Foreign Minister Fumio Kishida said Tuesday.

Russia Developing Kuril Islands in Face of Japanese Claim – US Magazine
TOKYO (Sputnik) – Japan and Russia never signed a permanent peace treaty following the end of World War II because of a disagreement over four islands, which Russia calls the Southern Kurils and Japan the Northern Territories. The disputed islands, located in the Sea of Okhotsk, were given to the Soviet forces at the end of WWII but are still claimed by Japan.

"Undoubtedly, we would like to maintain working dialogue with Russia to find a solution to this issue which would be acceptable to both sides," Kishida told reporters at a press conference.

Kishida's comments come ahead of his anticipated visit to Russia at the end of August.

He added that no decision had been made so far regarding the visit of Russian President Vladimir Putin to Japan or the Japanese foreign minister’s trip to Russia.

"We believe that this issue [of Putin and Kishida's visits] should be resolved on the basis of a comprehensive analysis of various factors," Kishida said.

Earlier in July, a source familiar with the matter told RIA Novosti that Kishida’s visit to Moscow could take place on August 31 — September 1. Later the same month, Japan’s Nikkei newspaper reported that the country’s foreign minister would visit Russia together with a delegation of industrialists.