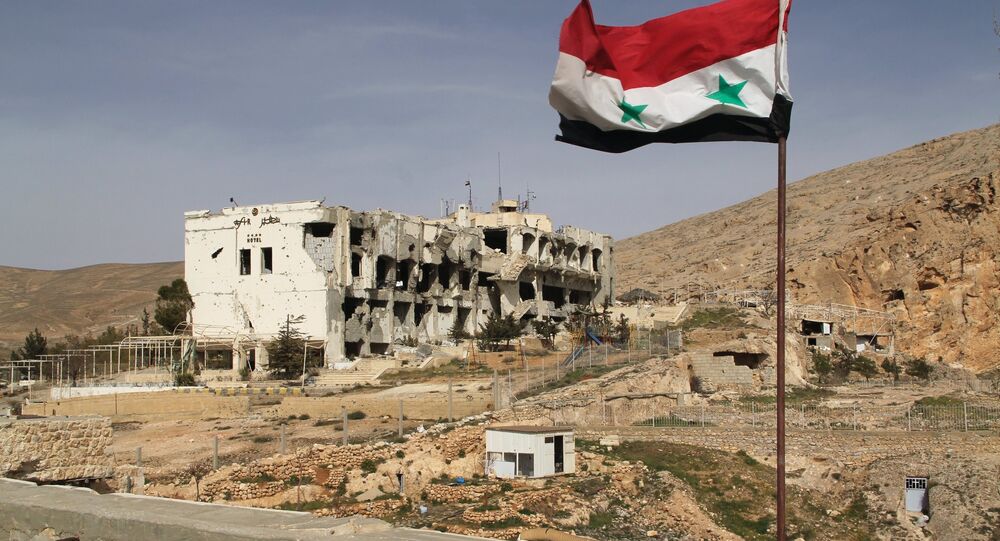 Those in the United States who tried to spin the news of Russia's non-existent military intervention in Syria could have several nefarious goals in mind, including an attempt to sever improving ties between Moscow and Riyadh, as well as to blame Russia for refugee crisis in Europe.

The years-long civil war in Syria has been a prominent feature of the talks between Russia and Saudi Arabia in recent months as the Kremlin stepped up its efforts to offer a peaceful solution to the crisis.

© Photo : YouTube/NEWS ONLINE "MY PLANET"
Western Media Jumped the Gun Reporting on Russian Troops in Syria - Swedish Newspaper
But both countries are pursuing a broader bilateral agenda, which involves expanding economic cooperation. Earlier this year, they signed several deals in sectors ranging from energy and pharmaceuticals to infrastructure development.

The tentative rapprochement between Russia, a country some high-ranking Americans have called an existential threat to the US, and an oil kingdom long seen as one of Washington's key allies in the Middle East by definition could not be making the United States happy. Perhaps, someone decided it was time to act before Moscow and Riyadh became trusted partners if not friends.

Irish journalist Bryan MacDonald assumed there could be a connection between what he referred to as "a hysterical propaganda overload" over Russia's alleged meddling in Syria's affairs and Moscow's policies in the Middle East.

"The real story here is not about a non-existent Russia troop buildup in Syria. The pertinent question is why the sudden campaign to spread fear about 'Russians in Syria?' Either the US wishes to distract from the European refugee crisis its actions created or it hopes to cool Arab moves towards reconciliation with Moscow. Or both," MacDonald asserted in an opinion piece for the RT.

The Middle East and northern Africa, destabilized primarily due to NATO's military engagement in Afghanistan, Iraq and Libya, are the main source of refugees trying to get to Germany and Scandinavia through Italy, Greece and Hungary. But Fox News has already tried to pin the blame for the massive influx on Russian President Vladimir Putin.

There is only ONE way to stop #RefugeeCrisis: For the West & its Gulf dictator allies to stop funding arming & training terrorists in #Syria

Refugee Crisis Requires Russia, US and Peace in the Middle East: Czech PM

Could Moscow and Washington Untie Middle East Gordian Knot Together?