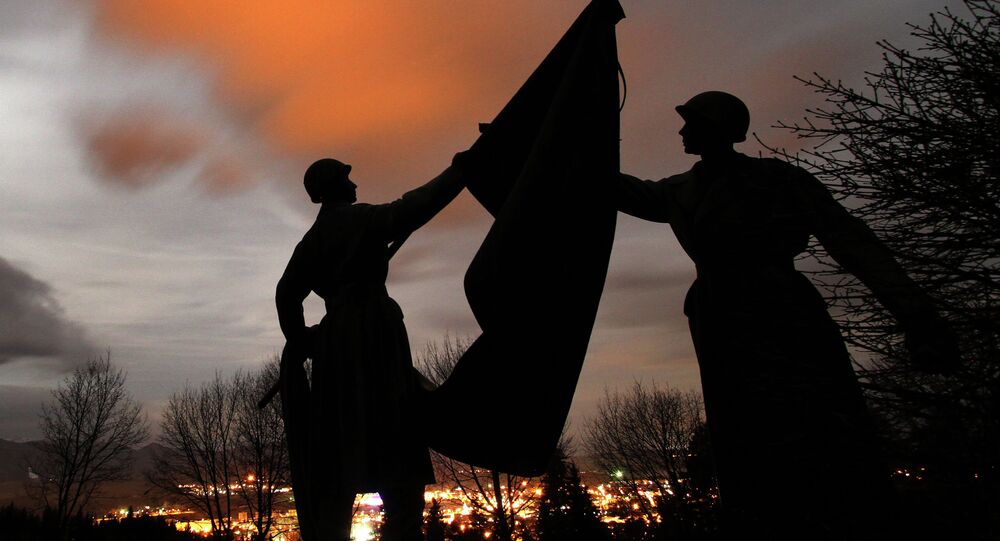 Jozef Žarnovičan, chairman of the Association of Slovak troops, spoke to Sputnik about the Slovak army and how NATO has changed the Slovak armed forces’ focus from defending its own country and interests.

“The armed forces of the Slovak Republic are aimed at protecting something and someone else and can be easily used for aggression against another state — even against the will of the government and the citizens of Slovakia,” Jozef Žarnovičan in an interview with Sputnik Czech Republic warned.

“After the fall of Czechoslovakia, the Slovak army had all the qualities of a well-equipped, trained, fully functional army, intended to protect the entire perimeter of the Slovak border from potential attacks.”

“After joining NATO the Slovak Army began to corrode. Now it is not an army in the true sense of the word — the army to defend the country, democracy, life and property of the citizens of Slovakia. It is armed forces that are a part of the coalition forces of NATO. That is how the Slovak armed forces are now structured, managed and used,” Žarnovičan told Sputnik.

© AFP 2021 / ALEXANDER ZOBIN
Slovakia Tightens Border With Ukraine Amid Right Sector Crisis
He further explained that before joining NATO, the Slovak army was fully functional and was ready to defend the sovereignty of the country, although even then there was a lack of funding. However, compared with the current situation, it was a modern, functional and organizational army capable of protecting the sovereignty of the Slovak Republic.

“The activities of the Slovak Ministry of Defense cause the degradation of previously functioning processes as they ignore the warnings and appeals of the specialists. This will lead to an even greater decline of the Slovak army and its defenses.”

Žarnovičan added that NATO membership has led to a reduction of Slovakia's defense capability, making it much more difficult for Slovakia to protect its interests.

This is manifested in the fact that the armed forces do not get systematic training. The emphasis and the financial resources are only given to those units that are sent on a mission. The rest of the army units are underfunded and in fact exist only on paper — in the operational plans, but do not represent actual combat value.

© AP Photo / Geert Vanden Wijngaert
Bulging at the Seams: Eastern Europe Rises Against Berlin Over NATO-Russia Council
“Like the last senseless purchase of Black Hawk helicopters and Spartan transport aircraft, this did not in any way contribute to the defense capabilities of Slovakia. The Slovak Ministry of Defense bought weapons, equipment and supplies at a higher price. Most of the expenditure went on missions abroad. The rest of the preparation was carried out only in exceptional cases, and particularly for self-promotion of the Ministry of Defense on their website.”

In conclusion the chairman said that it is not right that the national defense doctrine was aimed only at sending soldiers to missions abroad, especially to countries that have previously been destroyed by an invasion of US and NATO troops.

“If our army manpower is represented by less than 10% of the total unit, and that is mainly involved in foreign missions, then it can only be described as advancing and aimed at meeting the needs of NATO, rather than the protection of its own interests and its own citizens.

NATO Blasts Report Warning of Risk of War With Russia