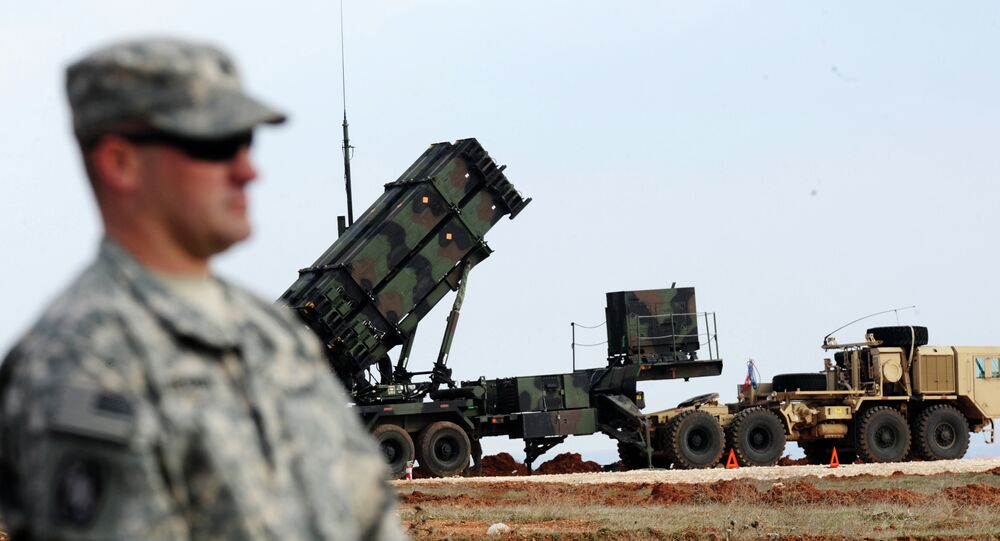 On Wednesday, Sergei Lavrov said in an interview with Singapore’s Channel News Asia that US President Barack Obama had not told the truth in his comments made in 2009, saying that should a nuclear agreement be reached with Tehran, there would be no need for missile defense in Europe.

MOSCOW (Sputnik) — US State Department spokesman John Kirby on Thursday criticized a remark by Russian Foreign Minister Sergei Lavrov that suggested the US president had concealed the truth in promising not to develop a missile defense system in Europe after sealing a nuclear deal with Iran.

On April 5, 2009, Obama stated that if the Iranian threat was eliminated, the US would have a stronger basis for security, and the driving force for new missile defense construction in Europe would be removed.

© AFP 2021 / AL-WATAN DOHA / KARIM JAAFAR
Russia Concerned Over US Military Buildup, Joint Drills in Asia - Lavrov
Lavrov stated on Wednesday that Russia had no plans to enter an arms race with the United States over its deployment of missile defense systems in Eastern Europe.

The United States has repeatedly claimed that the ballistic missile defense systems in Eastern Europe were intended to counter threats from Iran, while Russia regards them as a threat to its national security.

In light of the nuclear agreement struck between Tehran and the P5+1 negotiators in mid-July, Lavrov questioned the validity of the presence of US missile defense systems in Europe.

US Missile Defense in Europe 'Directed Against' Russia's Iskander System