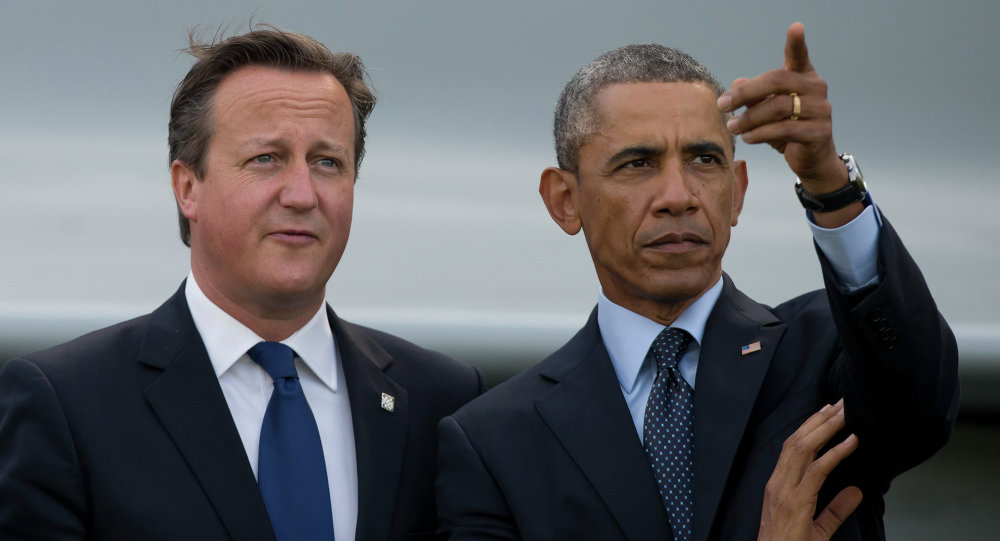 US, UK Intentionally Divided Russia and Europe to ‘Eliminate Rivalry’

Washington has pushed Europe to introduce the anti-Russian sanctions, mobilized NATO forces in the Baltic states and created a Cold War atmosphere not because it is really afraid of an imaginary "Russian invasion," but because the US simply wants to eliminate potential rivals, Italian newspaper Il Giornale wrote.

According to columnist Francesco Alberoni, Russia intended to create an economic and political union with Europe, delivering its oil and gas in exchange for technology for the development of the Central Asian countries, which once had been part of the Soviet Union and have large reserves of oil and raw materials.

"The United States and Britain could not let such cooperation [between Russia and Europe] happen, as they currently seek to control Islamic states with their oil reserves and cannot allow any competition," Alberoni said.

Meanwhile, Russia has had to focus on cooperation with China, the power of which is rising, the newspaper said.

The Americans, the Britons and their Arab allies feel like they are the masters of the world, Il Giornale noted.

These countries focused Europe's attention on Russia, distracting it from the Middle East, Turkey and North Africa, which has contributed to the EU's failure to resolve the migrant crisis.

"Mainland Europe lost its independence, its government and army, becoming a quarrelsome colony that has been flooded with Muslim migrants."

US Mission in Europe: Tanks for Baltics, Bugs for France